The three-times World Cup winner – credited with scoring a world record 1,281 goals in 1,363 appearances during a 21-year career, including 77 goals in 92 matches for his country – had been suffering with kidney and prostate problems in recent years.

He was taken to hospital in Sao Paulo, Brazil, on November 29 with a respiratory infection and for a reassessment of chemotherapy therapy.

Pele’s daughter, Kely Nascimento, confirmed his death on Instagram, saying: “Everything we are is thanks to you. We love you infinitely. Rest in peace.”

Pele was born Edson Arantes do Nascimento in October 1940 in the Brazilian state of Minas Gerais. His father, Dondinho, was a professional footballer.

He burst on to the global scene as a 17-year-old at the 1958 World Cup, helping Brazil to the first of their record five successes.

Two years earlier he had started his career at Santos in Brazil. For them he scored 643 goals in official competitions over 19 years, although Santos claim the total is more than 1,000 once exhibition matches – often against high-profile European opposition – are taken into account.

Injury affected Pele’s contribution to the 1962 and 1966 World Cup finals, but he returned to lead Brazil to a third triumph in Mexico in 1970.

Santos responded to news of Pele’s death by tweeting a picture of a crown and the word “Eterno” (Eternal).

The Brazilian Football Confederation posted a picture of Pele celebrating a goal, saying “RIP Pele” and adding three crown emojis. Its president, Ednaldo Rodrigues, said in a statement: “The CBF will pay all possible tributes to the greatest athlete of all time. Pele is eternal and we will always work to preserve his history and continue his legacy.”

Last night tributes poured in from across the world – from footballers to governing bodies to world statesmen.

Argentina’s World Cup winner Lionel Messi posted a picture on Instagram of him with Pele, with the message: “Rest in peace, @pele.”

The Premier League mourned his death, saying he was “an extraordinarily gifted footballer who transcended our sport and inspired millions throughout his remarkable career”.

The Football Association said it will light up the Wembley arch in Brazil colours as a tribute. It said: “Everyone who loves football, loves Pele.”

“He was the first global superstar of the game and played a pioneering role in football’s rise to become the world’s most popular sport. Rest in peace, Pele.”

He went on: “Pele has changed it all. He turned football into art, into entertainment. He gave voice to the poor, to the blacks and especially: He gave visibility to Brazil.”

French football star Kylian Mbappe, on Twitter, said: “The king of football has left us but his legacy will never be forgotten. RIP KING.”

French President Emmanuel Macron summed up Pele in a post on Twitter, and said: “The Game. The King. Eternity.” 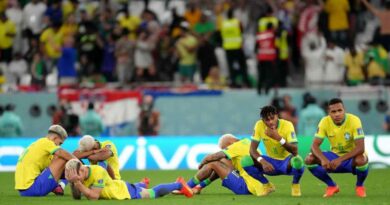 Which teams are through to the World Cup semi-finals 2022? 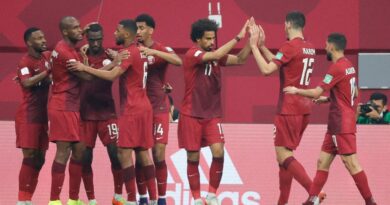