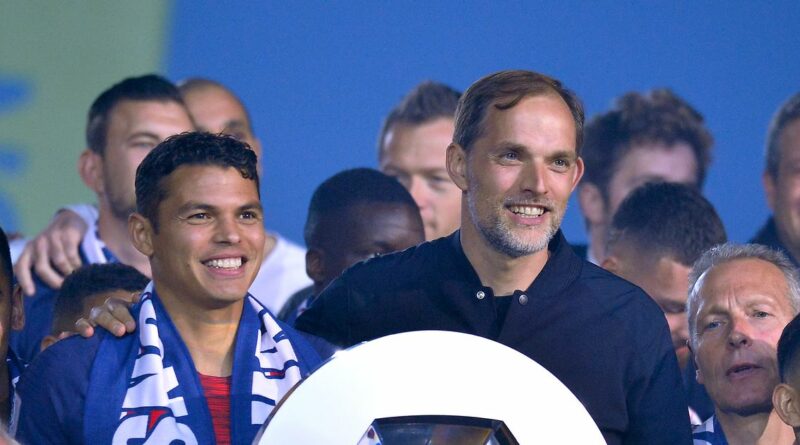 Chelsea’s Thiago Silva has hinted at a potential conflict with Thomas Tuchel when he played under the German at Paris Saint Germain.

Tuchel who is the favourite to take over at Chelsea following the club’s sacking of Frank Lampard, previously managed Silva in Paris until the Brazlian’s move to London last summer.

Despite winning back-to-back Ligue 1 titles and reaching the Champions League final last season, Tuchel was sacked by the French club after a poor start to the current campaign.

Reports suggest disagreements behind-the-scenes between the manager and the club’s Sporting Director Leonadro also contributed to his departure, despite a 4-0 win in his final match against Strasbourg.

Silva believes the writing was on the wall when he was still at the club last year.

“It's difficult but it was predictable that this was going to happen,” he told French broadcasterRMC Sport .

“Not now, but being inside, we knew there were situations that had to be changed.

“In my opinion, Leonardo took the situation in hand, he made his choice.

“We do not know if it was good, it was not at all for Tuchel and his staff, especially after the match (4-0 defeat of Strasbourg).”

Tuchel and Silva could be reunited at Stamford Bridge following Lampard’s departure after just 18 months in charge of the Blues.

Chelsea owner Roman Abramovich decided to sack the club hero after a run of five defeats from their last eight league games.

Despite a massive summer transfer spend, the club currently sit 9th in the Premier League, 11 points behind leaders Manchester United.

“This was a very difficult decision for the Club, not least because I have an excellent personal relationship with Frank and I have the utmost respect for him.” he said in an official club statement.

“He is a man of great integrity and has the highest of work ethics. However, under current circumstances we believe it is best to change managers.

“On behalf of everyone at the Club, the Board and personally, I would like to thank Frank for his work as Head Coach and wish him every success in the future.

“He is an important icon of this great club and his status here remains undiminished. He will always be warmly welcomed back at Stamford Bridge.”