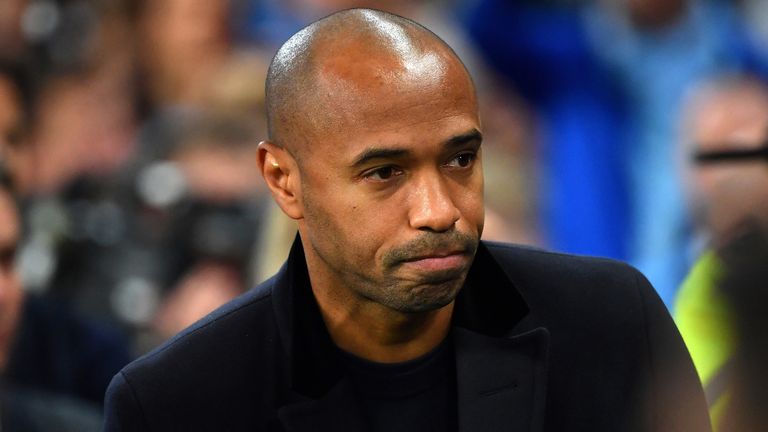 Thierry Henry says he no longer recognises Arsenal anymore after the club’s failed attempt to breakaway into the Super League.

Arsenal were one of six Premier League founder members of the breakaway competition but withdrew their intention to join the league after 48 hours of intense backlash.

Thousands of fans protested outside the Emirates Stadium on Friday evening ahead of the 1-0 defeat against Everton, calling for owner Stan Kroenke to sell up.

Henry, the club’s all-time top goalscorer and arguably greatest player, has joined Arsene Wenger in publicly criticising the Arsenal ownership’s decision and the basic values behind their running of the club.

“I do not recognise my club and what happened just now, with them trying to join a league that would have been closed, makes no sense to me,” Henry told the Telegraph.

“They have been running the club like a company, not a football club, and they showed their hand.

“Maybe it’s a lack of understanding of the core football values and maybe the money was too big of a temptation. But whatever it was, they got it wrong. Badly wrong.

“I was genuinely shocked like most people and couldn’t believe what was unfolding.

“I have never talked before, but what happened recently made me realise fans, this is your club. It is your club and I’m an Arsenal fan too.

“I’m proud of what the fans achieved. Not just Arsenal fans, all the fans. The result was a victory for football.”

Arsenal director Josh Kroenke, son of principal owner Stan, says they have “no intention of selling” and they believed they are fit to “carry on in our position as custodians” of the club.