Thierry Henry had doubts he would score enough goals in the Premier League when he joined Arsenal, according to Ian Wright.

But Arsene Wenger soon put his mind at ease.

The Frenchman moved to the Gunners from Juventus in 1999 as a World Cup winner.

He would go on to become the club's all-time top goal scorer but warned Arsene Wenger upon his arrival that he would struggle to hit the back of the net regularly enough.

Henry claimed the Golden Boot four times, including three times in succession, and Wright has labelled him as "the king".

He said on the My Classic Football Shirts show : "When he first came, he had already won the World Cup. Everyone was talking about this winger and Arsene Wenger described him as the football equivalent of Michael Jordan.

"He could do everything. He didn’t score for a few games but once he got his feet in the Premier League…

"His physique, pace, skill. He got this hunger for goals. I remember when Arsene Wenger said he was going to sign him for Arsenal, Henry said: 'Yeah, but I don’t score goals, I won’t score enough goals for you' 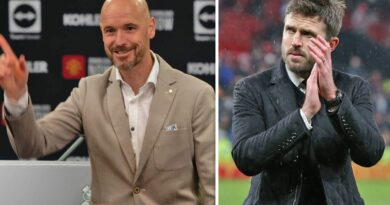