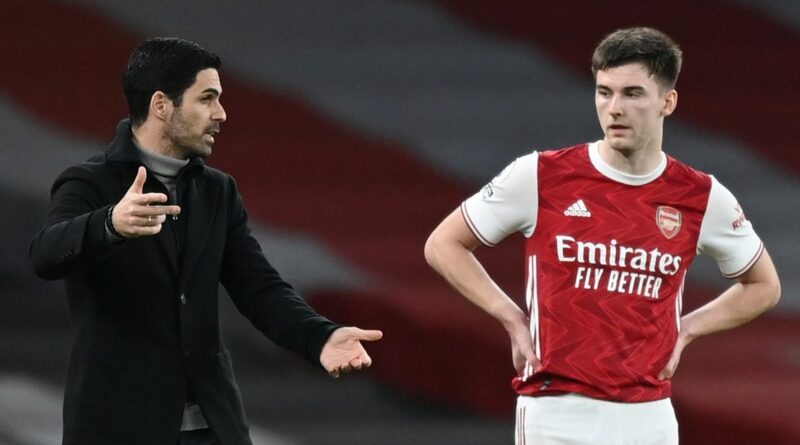 Arsenal's Premier League defeat by Manchester City was action-packed, with the Citizens very much on the front foot early on in the contest before the Gunners grew into the game.

Raheem Sterling scored the only goal of the game in just the second minute as the flood gates looked like they were going to open at the Emirates.

But to Arsenal's credit, Mikel Arteta's men managed to keep the score line respectable despite failing to pick up a single point from the game.

As is always the case, much was going on behind the scenes throughout the match, and here are some of the most memorable bits that caught our eye.

In the first half of Arsenal's clash with City, the Gunners boss was seen running around his technical area – and sometimes out of it – trying to compose everything.

From instructing his players on every pass they were and weren't making, to telling them where they should be standing, and pointing out the spaces for them to run into.

On one hand his display was admirable. It shows he's passionate, he cares and that he's technically gifted; he can read the game well. On the other it begs the question what is being worked on on the training ground.

It's no secret Arteta knows Manchester City well, given he worked as Guardiola's assistant boss for two seasons, so you'd imagine he spent a lot of time coaching his players on each individual's strengths and weaknesses.

But the Gunners were at sixes and sevens in the opening minutes of the City match, and Arteta looked to be playing catch up on the touchline.

Guardiola on the beach

In direct contrast to Arteta, Manchester City boss Pep Guardiola reclined in his dugout without making a peep during the first 25 minutes.

Simply, the Spaniard didn't need to, his City players were running the game.

Although Guardiola would have been disappointed they weren't able to take more of the chances they carved out for themselves.

Sterling had a great game, as he invariably does, for City on Sunday.

And one moment captured perfectly both the Englishman's heart and the spirit of the current Premier League leaders.

After chasing back and ushering the ball out for a City goal kick, Sterling was greeted by Ruben Dias who clapped his effort. Dias was later seen high-fiving John Stones after he barged Pierre-Emerick Aubameyang literally off the pitch late on in the contest.

Arteta would have had a few things to say to his players in the dressing room at half time.

But the conversations continued all the way down the tunnel and out onto the pitch on Sunday afternoon.

Aubameyang then joined Arteta and Pepe, with the Spaniard whispering in his striker's ear as Xhaka and Mari's chat became more animated.

Eventually Hector Bellerin came between Xhaka and Mari – who didn't appear to be arguing, but perhaps disagreeing on something – making a gesture with his hands.

Arteta appeared to be growing more and more frustrated as the game dragged on.

As Kieran Tierney became increasingly knackered on the left wing, Arteta shouted at him to 'work harder', 'take a risk' and 'go higher' up the pitch.

The Spaniard spotted space behind Joao Cancelo that Tierney could exploit, but as City targeted the left wing in the first half – and Riyad Mahrez made life difficult for the Scot – he just didn't have the legs to forge out an opportunity for Arsenal.