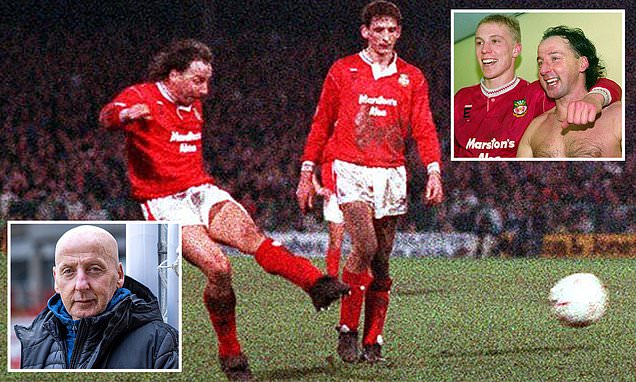 Mickey Thomas feared he would never see the 30th anniversary of Wrexham’s win over Arsenal, the greatest FA Cup upset EVER… but after having the all-clear from cancer, he’s basking in the ’92 epic – and he’ll never forget THAT iconic free-kick!

It’s a tale worthy of a club with Hollywood backers these days, and no FA Cup upset has compared to Wrexham’s epic win over Arsenal in the last three decades.

‘He said they had seen my goal and it’s what got them interested. That’s nice,’ says Thomas.

Even so, the 30th anniversary this week was a day the 67-year-old feared he would never see. 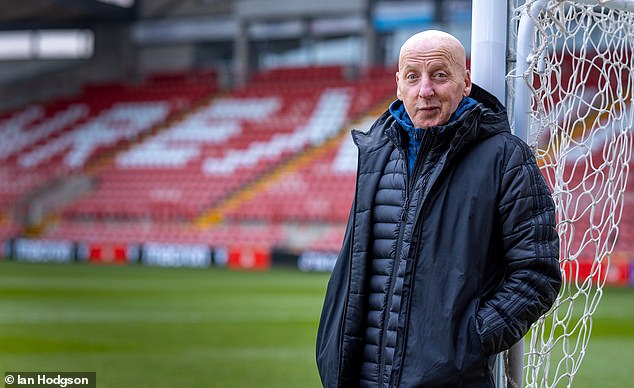 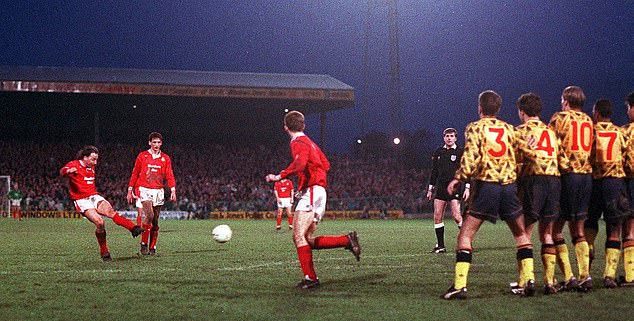 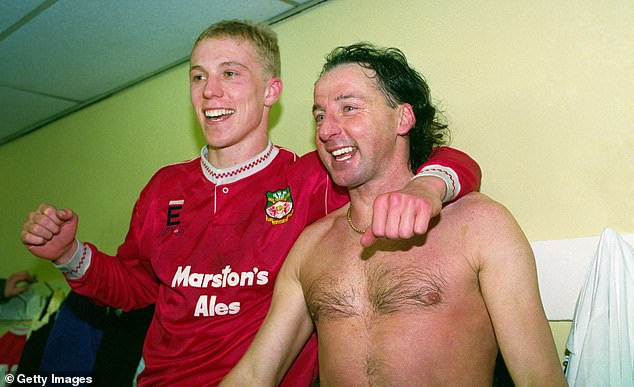 Diagnosed with cancer of the oesophagus in January 2019, Thomas survived emergency surgery and sepsis, was put into an induced coma and endured gruelling chemotherapy before announcing that he was free of the disease in November.

When a specialist at the Glan Clwyd Hospital in Bodelwyddan gave Thomas the good news in November, he couldn’t help but think back to that first meeting at Wrexham Maelor Hospital three years ago.

‘It was an amazing relief,’ Thomas tells Sportsmail. ‘I’d had more than two years with my life on the line.

‘I’m not embarrassed to say I cried a little bit. It brought back all the memories of the first day I was diagnosed and they said it wasn’t looking good for me.

‘It was the scariest time of my life walking into that operating theatre knowing I might not wake up. My life was in their hands and that’s very traumatic. 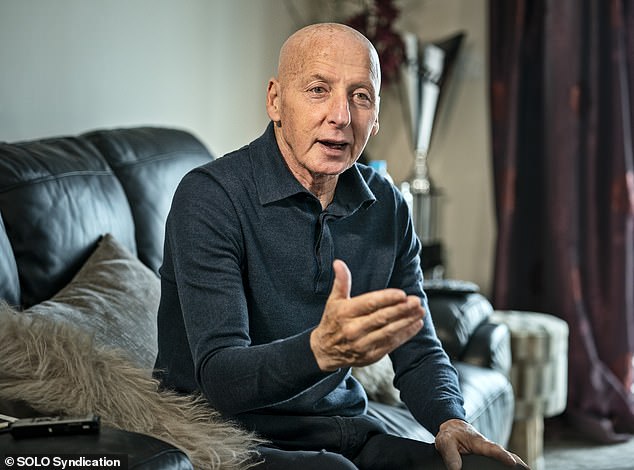 Having been diagnosed with cancer in 2019, Thomas has detailed his doubts on his recovery 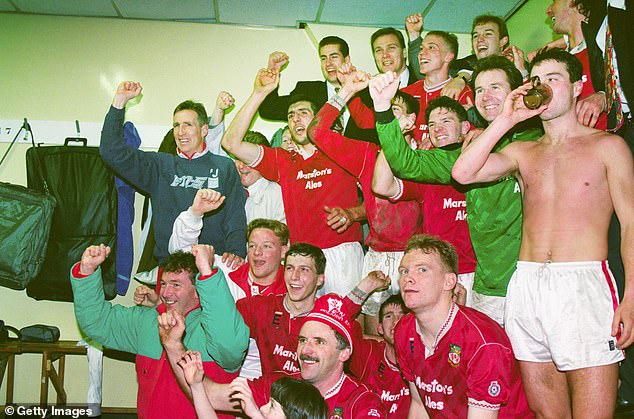 ‘I woke up with wires in me. There were two guys in beds to the left and the right who recognised me and said, “Hi Mickey how are you doing?” Oh my God! How did they think I was doing?

‘It’s a horrible battle and I had some very dark says when I wasn’t sure I was going to come out of it. Without a doubt, I didn’t think I’d see 2022.’

Thomas managed to stay positive. He had the love and support of his family as well as friends from the world of football. He has remained best mates with Joey Jones since childhood.

Memories of the good times helped him through. The highlights of a colourful career with Manchester United, Chelsea and, of course, Wrexham. Days like January 4, 1992 against Arsenal at the Racecourse Ground.

He recalls: ‘I realised I was very poorly and thought about what could make me strong and help me through this difficult time. It’s things like that. It’s warming.

‘It still makes me feel good. I can’t go anywhere without someone saying they saw me score that goal against Arsenal.

‘I’ve got it as a memory that will never fade. I’m lucky that I have it to treasure.’ 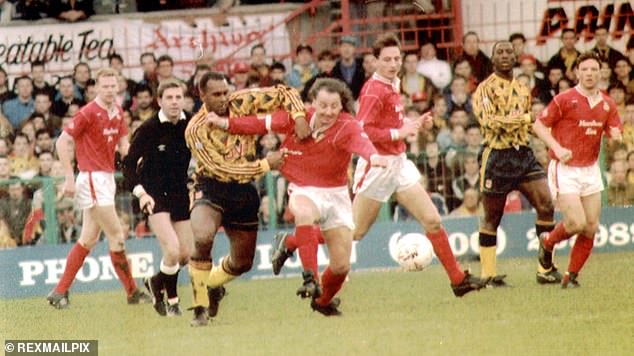 Thomas, pictured taking on David Rocastle in that match, replays the match in his mind

Arsenal were the reigning English champions under George Graham. Wrexham, on the other hand, had finished bottom of Division Four and only stayed in the Football League because Aldershot had gone bust mid-season.

Brian Flynn was in his first managerial job and still inexperienced enough that he forgot to ask Alex Ferguson if he could play on-loan Manchester United defender Brian Carey in the cup until a week before the game.

Flynn was building a young team around three Wales veterans in Thomas, Jones and Gordon Davies. It was Jones, a two-time European Cup winner with Liverpool, who suggested staying at Rossett Hall outside Wrexham the night before the game.

‘We got there after training and had dinner,’ recalls Flynn. ‘No tracksuits, just casual. To be honest, I don’t think we could even afford club tracksuits. Things were ridiculously tight in terms of finances.’

Thomas remembers having a drink with Jones that night which wasn’t unusual as the two old friends wound down towards the end of their careers.

‘We’d have a couple of pints of Guinness, maybe more to be honest but we couldn’t say that,’ says Thomas. ‘We had a chat and a laugh about the game. I told Joey they would have to check if the scoreboard was working properly.’ 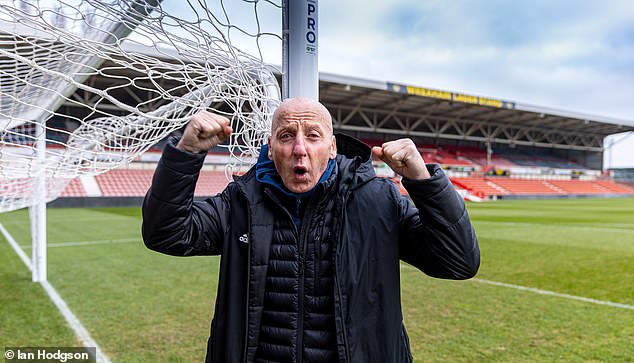 His abiding memory of the day is walking into the referee’s room with assistant manager Kevin Reeves in his role as captain.

‘Opposite me were George Graham and Tony Adams who was immaculate with perfect kit on. There’s me with holes in my socks and they were looking at me thinking, “what the f*****g hell is going on here?”.

‘Wrexham were going out of business. We had to cancel the milk – one pint instead of two. It was really that bad. This game was to change the fortunes of the football club by that one result. We didn’t know that, of course.’

Arsenal took the lead just before half-time when Paul Merson got by Mark Sertori and crossed for Alan Smith to score, but Flynn still believed.

‘My half-time team talk was very simple,’ he recalls. ‘We won’t come back from 2-0, but as long it’s only one something may happen.’

The game turned on Thomas’ goal in the 82nd minute. Angry at Nigel Winterburn for handing the ball to Davies ‘like he was an old man’, the Wrexham skipper took the free kick duties off Wayne Phillips and smashed it past David Seaman.

‘Even though I’ve watched that video 300 times, I still can’t believe how powerfully I hit it. It’s a stunning goal,’ says Thomas. 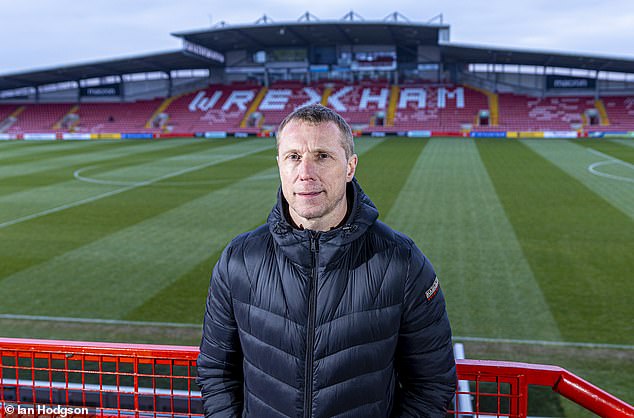 Watkin, pictured back at Wrexham for the 30th anniversary, pounced on a Tony Adams error 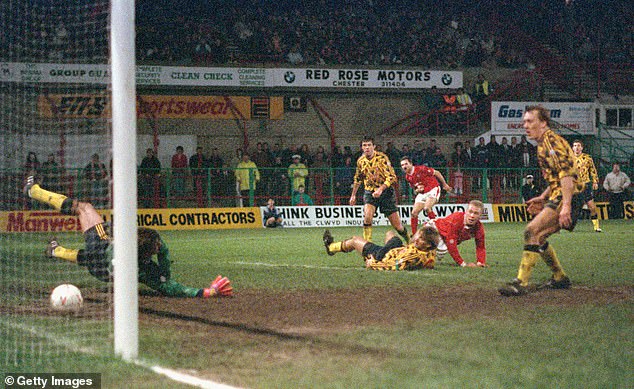 Adams slipped and Watkin poked past Seaman, a moment that ‘will always live’ with him

Time plays tricks on the mind. ‘Even I’ve started to think Mickey scored the winner!’ laughs Steve Watkin, who actually got the second goal two minutes later when he seized on a mis-kick by Adams to beat Seaman again. ‘It’s something you dream of and will always live with me.’

Watkin was carried shoulder high off the field. ‘The local boy and Mickey the local hero. It was double Roy of the Rovers stuff,’ says Flynn.

‘It changed the culture and mood in North Wales. It was fantastic to be part of that.’

Arsenal made a sharp exit but not before Seaman honoured a promise to give Thomas his gloves for his son Aaron. ‘He said, you may as well have them Mickey, they don’t work anyway!’

While the Gunners bus broke down on the motorway, Sertori drove back to Manchester with two team-mates.

‘We were looking at each other laughing. Have we actually just bloody won? We couldn’t believe it,’ says Sertori, now a sports therapist at Manchester City. 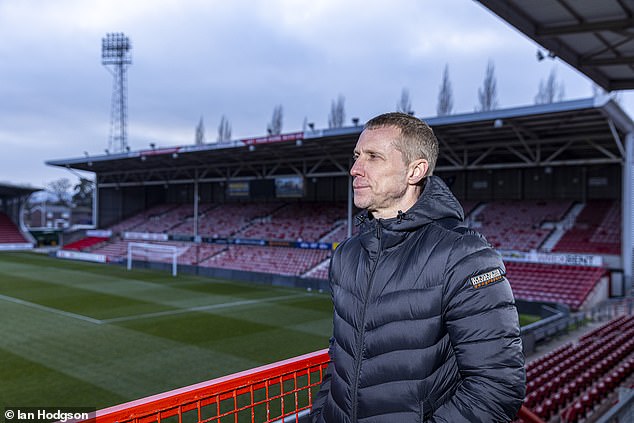 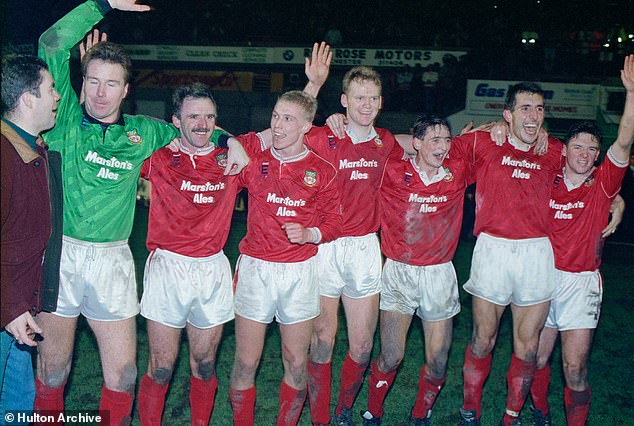 A romantic comedy set against the backdrop of Wrexham’s famous win will begin filming this year.

A League Apart has nothing to do with Reynolds and McElhenney who are making their own reality TV series about the club, but it’s a reminder of just how significant that day was in Wrexham’s history.

Thirty years on and thankfully restored to good health, Thomas’ memory is as good as ever.

‘It’s in my mind. The game only feels like last week to me,’ he says.

‘With the history of the FA Cup, you know something is going to happen somewhere. That shock result.

‘Every year I wonder if there is going to be a bigger shock than ours. I’m still waiting.’ 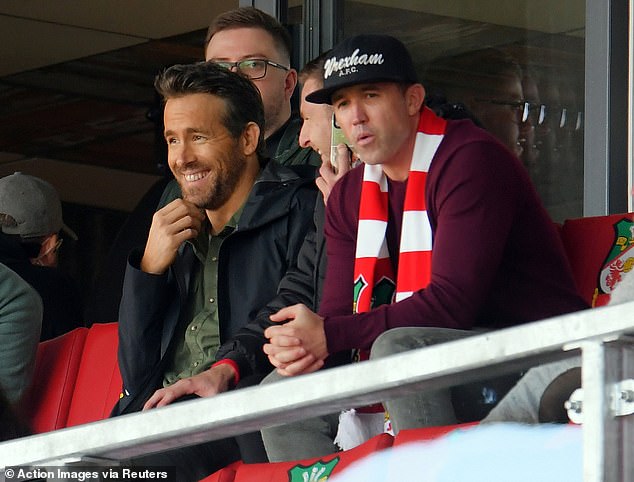 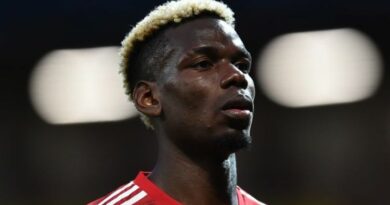