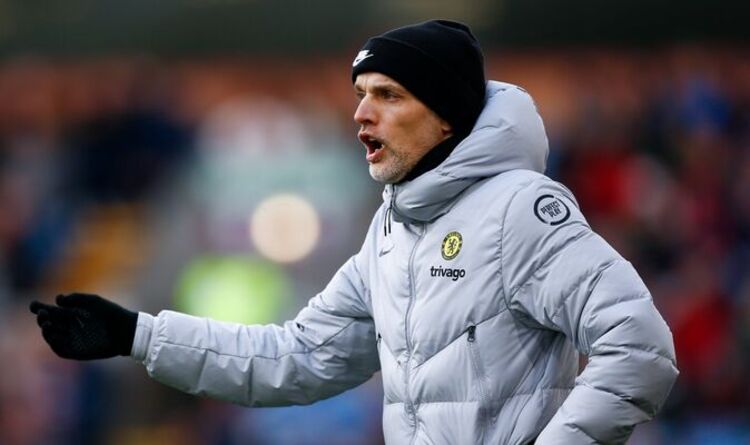 Chelsea celebrated their 117th birthday on Thursday – but there wasn’t too much cheer around Stamford Bridge. The Blues were plunged into disarray on Thursday morning when Roman Abramovich became the latest Russian oligarch to be slapped with sanctions by the UK government.

It’s a development which looks set to hamper the ongoing sale of the club, while there are a whole raft of limitations that will now be enforced on the Londoners; which include a halt on all contract negotiations.

As a result of the sanctions placed on Abramovich, Chelsea will also be unable to make any signings – leaving Thomas Tuchel with a major dilemma.

The Blues have a host of players who are due to be free agents in the summer, including key defenders Cesar Azpilicueta and Antonio Rudiger.

And even without departures, Chelsea are still some way behind Liverpool and Manchester City at the summit of the Premier League.

But with a summer shopping spree currently impossible, the Blues could be handed a timely reprieve thanks to the impressive development of their loan stars.

The likes of Armando Broja and Conor Gallagher have earned rave reviews this year during season-long loan spells with Southampton and Crystal Palace respectively, with both garnering interest from elsewhere.

However, the likelihood of Chelsea sanctioning any player sales this summer are now slim.

And the current situation could even see them both fast-tracked into Tuchel’s first-team plans.

Broja has impressed against the Premier League’s big-hitters for the Saints this term at a time when the Blues club-record signing, Romelu Lukaku, has faded into obscurity on the occasions Chelsea have needed him most.

Meanwhile, Gallagher has broken into Gareth Southgate’s England squad as a result of his stunning form for Crystal Palace, with the 22-year-old amassing eight goals and a further five assists in his 28 appearances this term.

Both were deemed to have an outside chance of muscling their way in at Stamford Bridge next season rather than being subjected to another temporary spell away from London; Thursday’s developments have only boosted those chances.

There’s already a strong homegrown cornerstone to the side that recently clinched the Club World Cup title to follow up last May’s Champions League success.

That element was first forged by Frank Lampard when the Blues were in a similar situation a couple of years ago, when they were slapped with a transfer ban.

To his credit, Tuchel has embraced the homegrown mantra that Lampard was brought in to implement – and has arguably enhanced it after steadying the ship at Stamford Bridge after his predecessor was ruthlessly axed.

As impressive as Tuchel’s tenure has been, it’s evident from the latest developments in SW6 that greater challenges lie ahead.

It’s clear Tuchel will need reinforcements if he is to sustain Chelsea’s spot in the upper echelons of the Premier League – but he’ll have to get creative to find them.

Chelsea thrived when they were forced to rely on their homegrown talent not too long; they have the scope to do so again next season when their current crop of loan stars return to the club.

Where next for Mauricio Pochettino? Tottenham’s former star forced to start again with the shine off