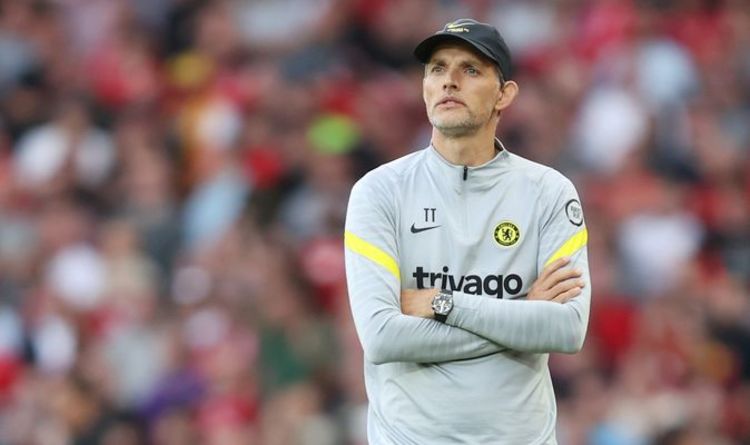 Current Chelsea boss Thomas Tuchel has attempted to rectify the clubs £187million transfer mistakes with a summer clearout. The Blues spent the astonishing figure on five players in the summer of 2017, ahead of Antonio Conte’s second season in charge.

Chelsea had won the Premier League in their first campaign under the guidance of the Italian manager.

Despite that, Conte still wanted to undertake a massive summer reinforcement drive, with 10 players arriving in total.

But half of those players have turned out to be less than successful, with Tuchel now taking steps to rectify that.

Their spending started properly with the £29million signing of Antonio Rudiger from Serie A side AS Roma.

Rudiger has become a regular under Tuchel, but the Blues boss wants to bring in a new centre-back with the German looking likely to leave next summer when his contract expires.

The club’s next bust came in the form of the £40m addition of Tiémoué Bakayoko from Monaco a week later.

Bakayoko turned out to be a disastrous signing, spending the last three seasons out on loan having failed to impress a succession of Chelsea managers.

Though Chelsea appear to be light in central midfield, the Frenchman failed to break into Tuchel’s plans over pre-season.

Tuchel began his summer clear-out by sending Bakayoko to AC Milan on a two-year loan move, with the Rossinieri obligated to buy him for £16m when that ends.

The Blues next big spend came on Alvaro Morata, with the striker signed for £60m from La Liga side Real Madrid.

Morata struggled for consistency at Stamford Bridge and moved to Atletico Madrid in January 2019 window.

Deadline day in the summer of 2017 turned out to be a dreadful one for Chelsea, with the club signing two major busts.

The first was Davide Zappacosta, who was a regular in his first season with the Blues following a £23m move from Torino.

But that debut campaign was as good as it got for the full-back, who subsequently fell out of favour and was sent out on a succession of loans.

Tuchel was finally able to move him on permanently this summer, selling him to Atalanta for £8.5m.

The latest casualty of the clearout this summer is Danny Drinkwater, who has been sent to Championship side Reading on a season-long loan.

Drinkwater was the final signing of the 2017 summer window, leaving Leicester for £35m, though found himself out of favour when Conte departed and was involved in a series of failed loan moves.

This summer’s clearout means that Tuchel has gone some way towards rectifying the dreadful mistakes Chelsea made in Conte’s third transfer window.
Source: Read Full Article

Rooney hailed by coach Rosenior after turning around Derby fortunes

Napoli chief 'wishes he could SACK Gattuso and bring back ANCELOTTI'