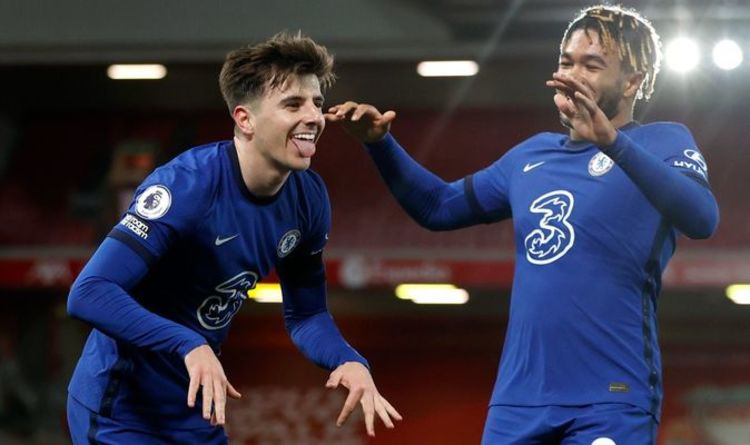 But that is still not enough to earn the England midfielder the answer to the selection dilemma for West Ham on Sunday: “With or Without You”. The nine times Mount has started, Chelsea have won eight times and drew at Anfield. By contrast, Chelsea have won just six of the 13 games this season without the 22-year-old in the starting line-up.

But of course Chelsea boss Tuchel knew that already!

“I first heard about these statistics in American basketball – the influence of one player in a five-against-five sport is much, much higher than in 11-against-11 playing with your foot.

“So it is not a statistic to guarantee you to start because it is maybe too easy. But it is something we are aware of – and we won’t deny it.

“To have Mason brings a certain attitude and aura and a mentality on the field and it is nice that he has this winning ratio. We are aware of it and full credit to him.

Tuchel makes no bones – or should that be ‘Bono’s about chopping or changing all the time he still has not found what he is looking for.

Although he does admit Mount makes it harder than most to be left out.

“Yes, it is very hard to drop him because even if he has not had such a good game we will always get full energy and positivity and a wonderful approach – very passionate and also with a deep love of the game,” Tuchel added.

“That is why Mason is always ready to give everything and contribute to the full. That is why it is hard to drop him – and he is a nice guy!

“But like you said, sometimes we do! It can be an injury, or we felt him a bit tired. Then he had his tooth surgery, so sometimes we have to and it is the same criteria for everybody to fight for their place and this is where we are.”