Thomas Tuchel has challenged Kai Havertz to ‘show his quality’ more regularly for Chelsea despite a bright attacking performance against Crystal Palace.

Attacking midfielder Havertz, a £62million summer signing from Bayer Leverkusen, scored the opening goal and was heavily involved in Chelsea’s forward play in a dominant 4-1 win at Selhurst Park.

But Blues manager Tuchel stated the 21-year-old German could have in fact been more clinical with the chances presented to him. 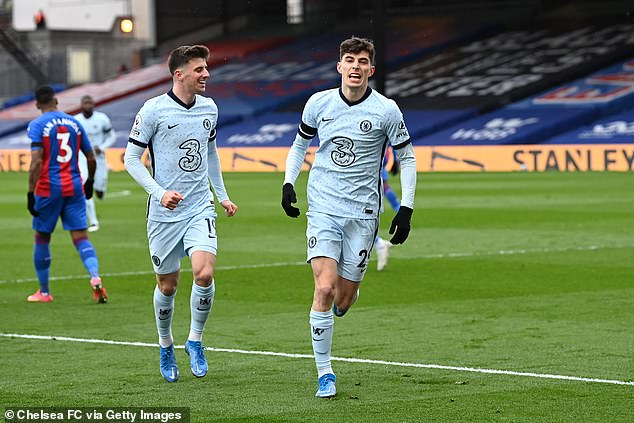 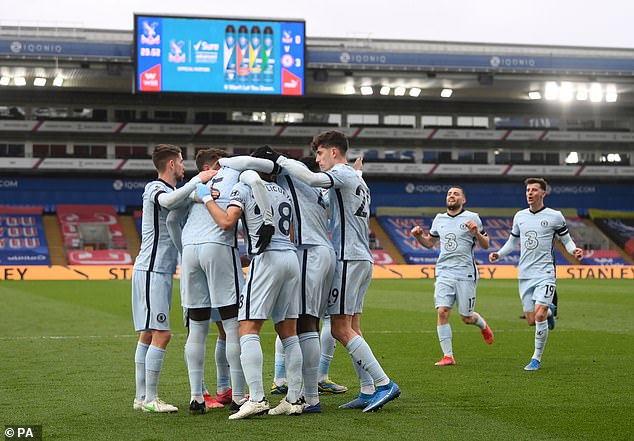 And after the match the former Paris Saint-Germain boss urged Havertz to prove his natural ability more consistently.

He said: ‘First half an hour we were excellent, first 35 minutes, very hungry, very aggressive, good ball possession and lot of recoveries in the last third, that led to a lot of chances. It was a well deserved lead.

‘Clearly we had many chances today, the guys were hungry and very creative. We had a lot of good runs and movement. It was a step forward but you have to earn it every game and every game starts new. 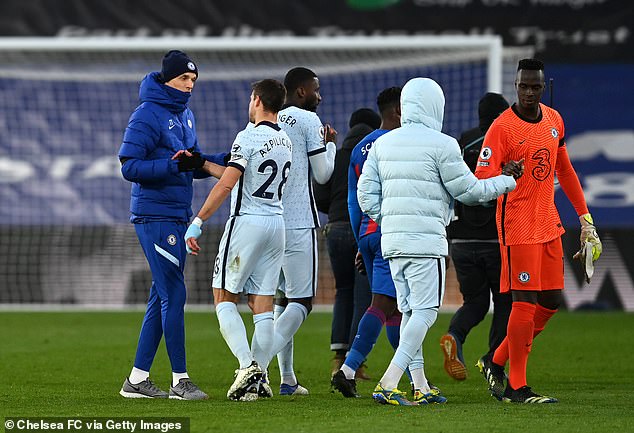 ‘I’m a bit, not disappointed, but he (Havertz) could have actually scored more. Two big chances right to finish the game off and to even score more. This is the way. He has absolutely the quality and he needs to show his quality. This is the challenge for him.

‘We were very hungry, full of confidence, and we wanted to play a very aggressive game. Not just a ball possession game but in terms of ball wins and high recoveries and we were totally focused and totally on. I was very happy with the attitude today.’

Up next Chelsea host Porto in their Champions League second leg tie against Porto on Tuesday looking to defend a 2-0 lead, before facing Manchester City in the FA Cup semi-final on Saturday.