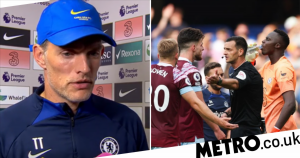 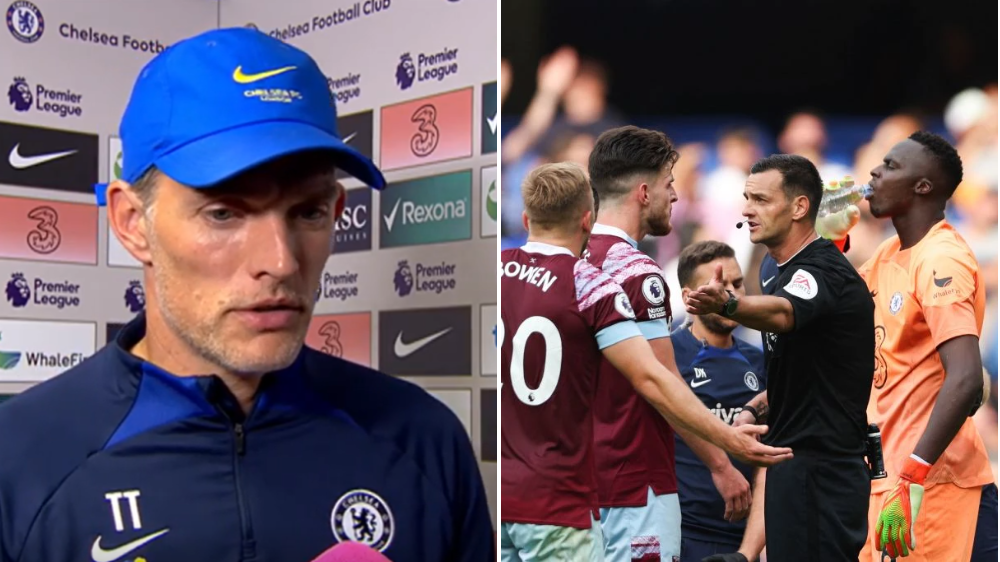 Thomas Tuchel has praised Chelsea after their comeback victory over West Ham and says VAR made the correct decision to rule out a late goal from David Moyes’ side.

Michail Antonio scored against the run of play to give West Ham the lead on 62 minutes at Stamford Bridge, but the hosts hit back with goals from Ben Chilwell and Kai Havertz.

West Ham thought they had scored an injury-time equaliser when Maxwel Cornet fired into a virtually empty net, but referee Andrew Madley was told to consult the pitchside monitor by VAR and overturned the goal for a foul on Edouard Mendy.

Hammers boss David Moyes was furious with the decision but Tuchel believes Jarrod Bowen committed a ‘clear foul’ on Mendy just before the goal.

Tuchel said: ‘It is super tough to score against West Ham, they defend deep and with bodies – the game became more complicated with the goal we gave away.

‘It was a huge effort to come back and huge credit to the team, the impact from the bench – full credit to everybody.

‘It was not easy to keep the belief, it is hard to attack fluid and create chances against West Ham, nobody plays an open, spectacular match against them.

‘We take it now step by step, we will try to use this momentum – things are clear now, we can demand full commitment to everything. We are in the middle of creating this and it is not finished.’

On West Ham’s disallowed goal, Tuchel added: ‘It was a clear foul on the goalkeeper, I had doubts about the first one – but I will not comment, last time I got punished with huge fines. You give your opinion, you will not be fined.’

West Ham’s disallowed goal allowed big-spending Chelsea to secure their third win of the season and lifts the Blues to fifth in the Premier League, while West Ham drop to 17th.

On the controversial VAR call, Chilwell added: ‘I went over to look at the VAR screen and from my point of view it was a foul – we put ourselves in that position and should have done, it’s that bit of luck we got today.’ 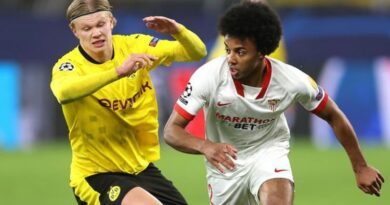