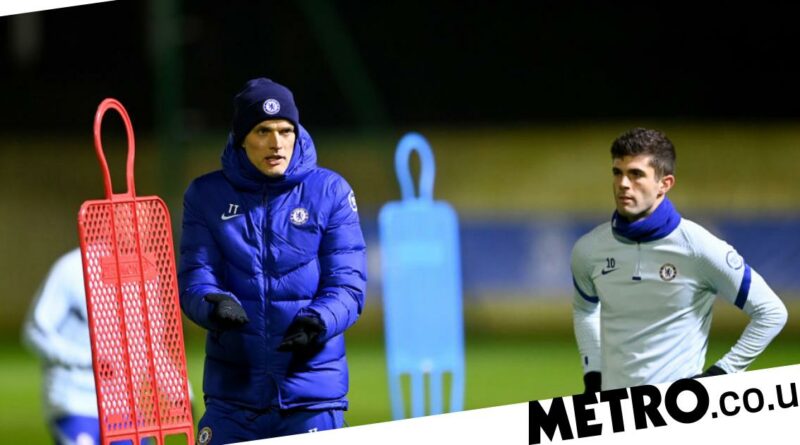 Thomas Tuchel admitted he made an ‘unfair decision’ not to start Christian Pulisic against Wolves and revealed he spoke to the Chelsea winger about leaving him out before the match.

Pulisic had to settle for a place on the bench and watched on as his Chelsea team-mates struggled to break down a well-drilled Wolves.

Tuchel, who replaced Frank Lampard as Blues boss this week, switched formation for his first game in charge and Pulisic was among the big names left on the bench as he also switched personnel.

And he revealed he had spoken to the American – who he worked with during his time at Borussia Dortmund – about the decision, explaining he felt he could make a big impact off the bench.

Asked if Pulisic and Thiago Silva could help him get his tactics across quicker having worked with them before, Tuchel said: ‘Yes but the funny thing is also know Kai, Timo, Toni, many years I wanted N’Golo Kante in my team.

‘We have a clear picture, I have been following the Premier League a long time and what the guys are capable of.

‘Having someone like Azpi in the office is amazing because I am a fan.

‘In Christian for sure I know very well what he is capable of. He had a big, big input, it was an unfair decision for him today to not start, I told him it was only because I know what he can bring from the bench.

‘I am not sure what the others can do but I know you can bring things for us and absolutely change it for us.

‘He did amazing and he told me at half time “coach, you have been pronouncing the name Azpi wrong” so he helped me with that!’

Despite failing to get three points, Tuchel felt there were plenty of reasons to be encouraged.

‘When I saw this game today I am amazed because I can totally identify with what we did,’ he added.

‘I would have been happy to have a full stadium, I think the fans would have liked what they saw.

‘We managed to put the game completely into the opponenents half, with every minute there were more chances. In the preparation, every game, less is more. Clearly that was the case this game!

‘The staff at Cobham did an amazing job helping us to prepare for Wolverhampton.’