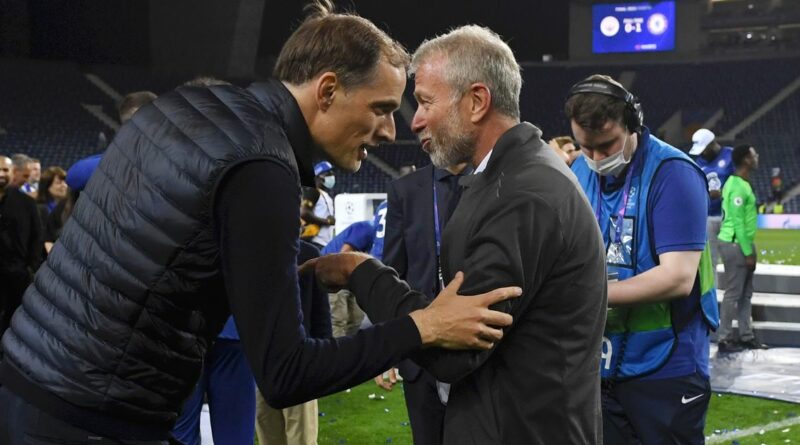 Thomas Tuchel is targeting Erling Haaland and Achraf Hakimi in the transfer window – and his plans could upset two of Chelsea's Champions League-winning stars.

Chelsea have reportedly had an initial £56million bid for Hakimi rejected by Inter Milan, who are also said to have knocked back a similar offer from Paris Saint-Germain.

The Blues are expected to return with a bigger offer for the wing-back, while they are also in the hunt for Borussia Dortmund striker Haaland and wantaway Tottenham star Harry Kane.

But if Tuchel lands both Hakimi and one of his centre-forward targets this summer, it is likely to mean two current Chelsea players having to change position for next season.

Hakimi scored seven goals and laid on 10 assists to help Inter to the Serie A title this season, and is being viewed as the ideal player to provide extra attacking creativity from the right flank next season.

He can also play on the right of midfield, as a right wing-back and as a conventional full-back in a back four – so his arrival could see Reece James forced into a different position.

James has pretty much nailed down the right wing-back slot since Tuchel took charge in January, leading to the 21-year-old being included in Gareth Southgate's England squad for the Euro 2020 finals.

Tuchel is believed to have been impressed by James, who had Raheem Sterling in his pocket in last month's Champions League final, and it is understood Hakimi is not being brought in as a replacement.

James was played as a right-sided centre-back during the latter stages of the season, and his versatility is set to afford him plenty of chances at Chelsea next term.

What does the future hold for Timo Werner at Chelsea? Have your say in the comments below

The other player likely to find his position changing is Timo Werner, if Chelsea land either Haaland or Kane.

Werner has played mainly as a No9 under Tuchel, and while his pace and movement has stretched defences, his finishing has let him down and his goals return hasn't been enough for a player leading the line.

The arrival of a prolific goalscorer like Haaland or Kane would almost certainly oust Werner from the centre-forward role.

The German striker would likely be shunted out to the left, where his rapid runs could cause plenty of problems and he could cut inside on his favoured right foot.

Werner might prefer to be playing through the middle – but he probably won't be complaining if he has a Premier League title-winner's medal round his neck this time next year.