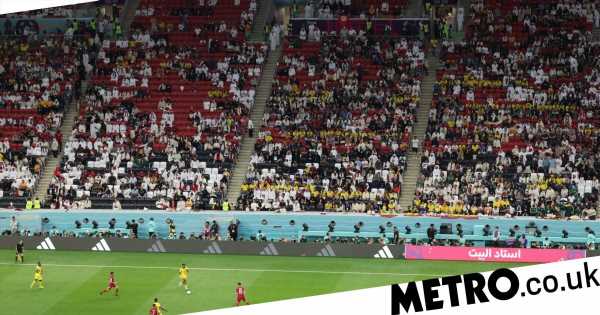 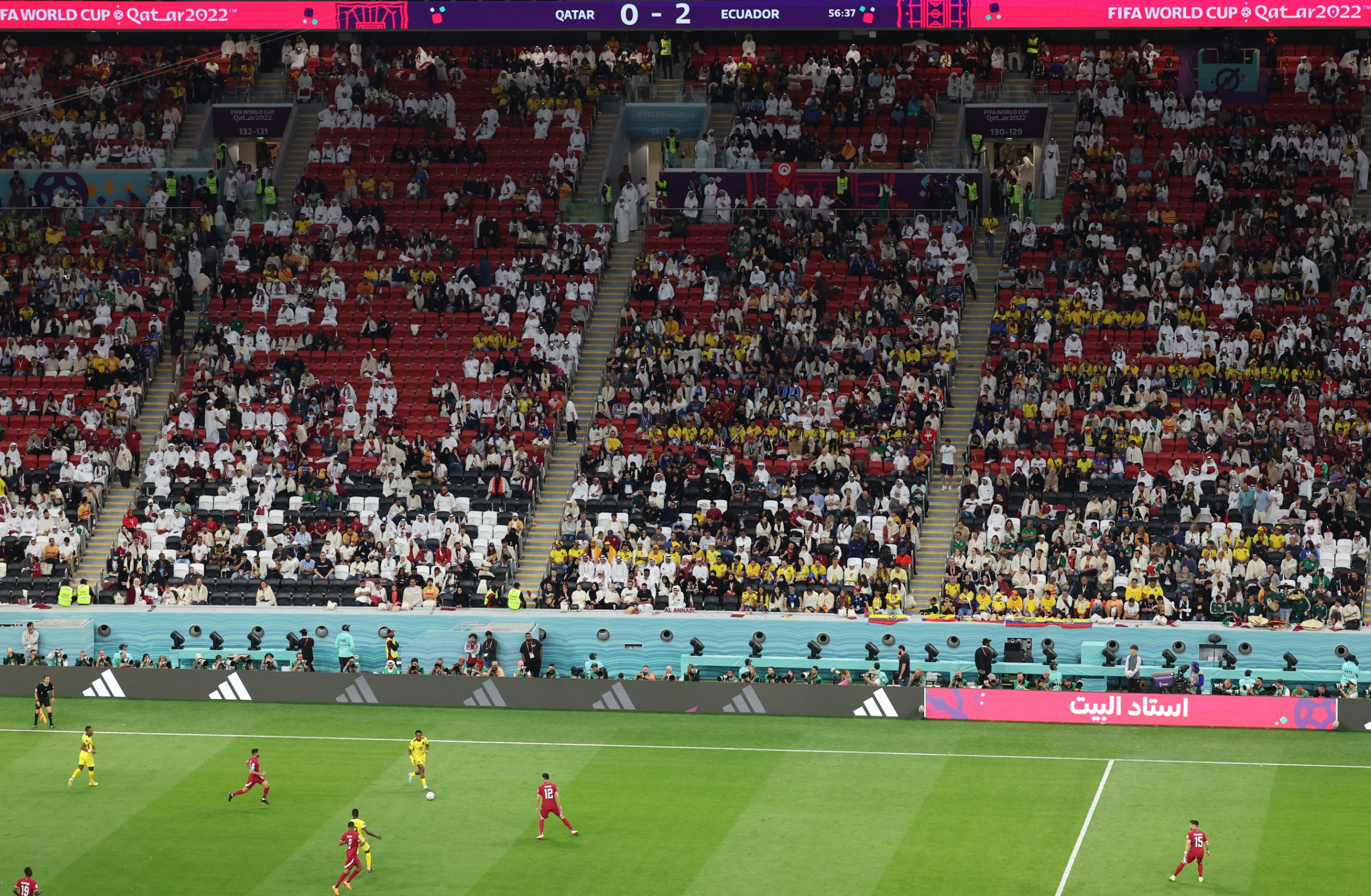 Thousands of empty seats could be seen inside the Al Bayt Stadium during the second half of Qatar’s World Cup opener against Ecuador on Sunday.

The tournament began with a dazzling pre-match display which featured Morgan Freeman and Jung Kook, but on the pitch Qatar failed to excite the home supporters as they were two goals down to Ecuador by half time following Enner Valencia’s double.

Plenty of supporters left their seats during the half-time break but during the second half, a significant number had failed to return and their absence was clear as large swathes of empty seats could be seen across the stadium.

The official attendance was announced as 67,372 during the second half, but there was considerably less inside the stadium as the game progressed.

Ecuador’s supporters at one end of the ground stayed on until the final whistle to applaud their side after they had secured a 2-0 win against the tournament hosts.

Gary Lineker, who was inside the stadium hosting the BBC’s live coverage, said that the empty seats during the second half was notable.