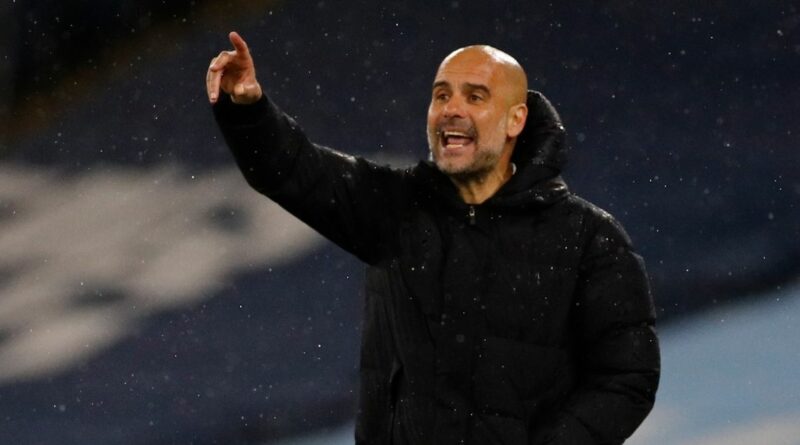 Manchester City finally ended their wait for a Champions League final with an utterly superb performance against PSG on Tuesday night.

Hosts City soaked up the PSG pressure without looking like conceding, before launching some dangerous looking counter-attacks.

And that is exactly what happened just after the hour mark when Phil Foden squared to Mahrez for his second of the night.

Angel di Maria’s unforgivable stamp which to led a sending off and the all too familiar glum look on Neymar’s face said it all in the end.

So as City now prepare to face either Chelsea or Real Madrid in the final later this month, here are three things Pep Guardiola got spot on at the Etihad tonight.

Playing without a striker

Guardiola’s decision to leave out both Sergio Aguero and Gabriel Jesus worked wonders for the way in which City went about their business.

In a sort of 4-4-2 system headed up by Kevin de Bruyne and Bernardo Silva for much of the game, the fluidity of the attack was magnificent to watch.

Phil Foden and Mahrez made daring runs down the wings and cut in as they pleased.

But it was also the every man behind the ball approach that playing without a striker allowed City to do, barely giving PSG a sniff.

Sticking with Stones and Dias

John Stones and Ruben Dias are the best centre-back pairing in the world right now.

Aymeric Laporte has been so reliable for Guardiola, while Nathan Ake would probably have thought that he would playing an important role this term.

But when it comes to the big games, Stones and Dias are the ones to turn to, and they were absolutely unbelievable at the back.

The pair swept up everything PSG could possibly throw at them, and they will surely play a big part in the final.

Riyad Mahrez had the game of his life just when City needed him to most as he struck twice to break PSG hearts.

Meanwhile, Phil Foden out on the left was the player who always looked to be the one getting City on the front foot and running at the PSG defence.

It was almost poetic when the Englishman found Mahrez with a perfect cross as the pair combined to cap off a night of pure elation at the Etihad Stadium.

Raheem Sterling would have never thought he’d be condemned to the bench for a decisive Champions League semi-final clash, but these two are irreplaceable for City.

Daniel McDonnell: 'This was a good point – but performances like this won't take Ireland to Euro 2020'