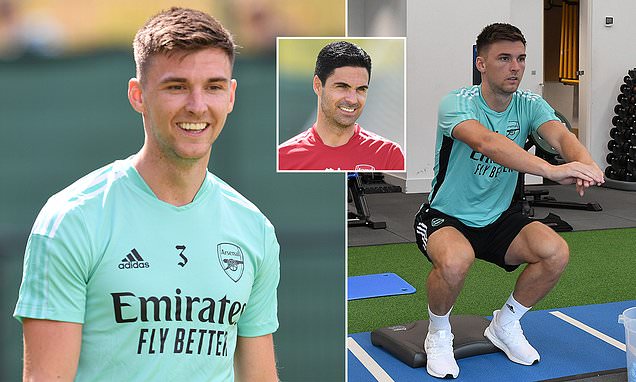 Kieran Tierney has cut his summer holidays short in order to join up with the rest of his Arsenal team-mates on their pre-season tour of Scotland.

The left back, who was given time off to recover after featuring at Euro 2020 with Scotland, decided to get straight back to business ahead of the new campaign.

The 24-year-old missed Scotland’s opening game of the tournament against Czech Republic before going on to play the full 90 minutes in his country’s other two group games against England and Croatia, before failing to make it into the last-16. 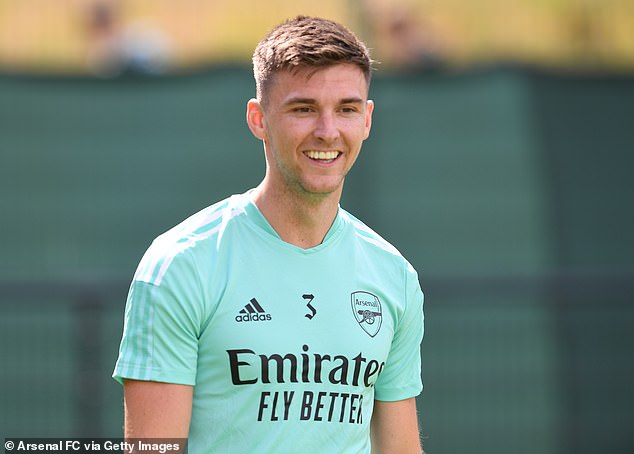 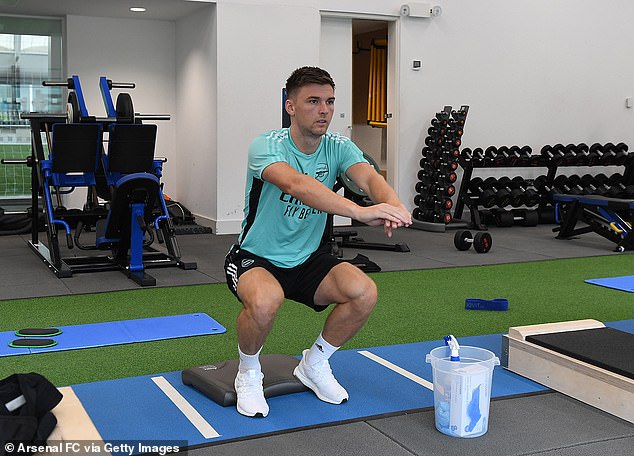 Players are normally given four weeks to recover and relax before returning to training – usually longer if there is no international tournament – but Tierney has opted to take just three weeks off instead.

The club welcomed the defender back with open arms as he joined the rest of his Gunners team-mates on their pre-season tour of his homeland, conducting individual training sessions at the Orium Performance Centre in Edinburgh on Wednesday.

Tierney hit the gym before being put through his paces in a solo session in the Scottish sunshine, in what will be a major boost for Mikel Arteta. 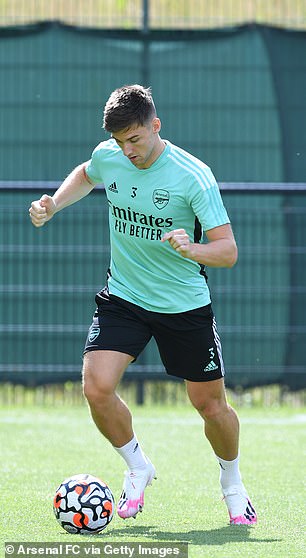 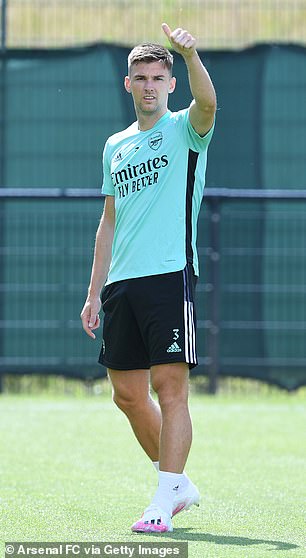 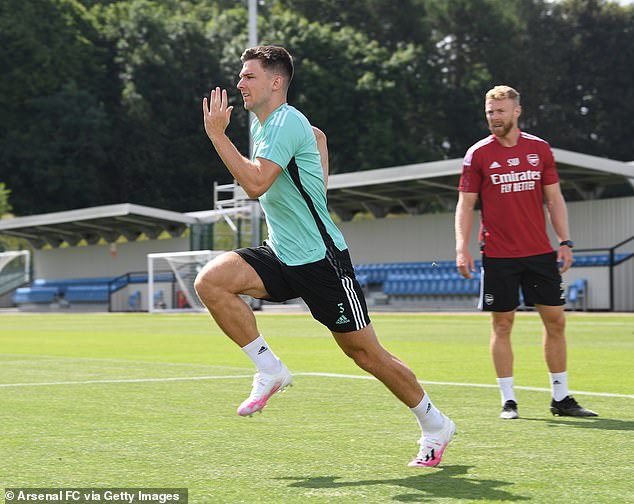 Tierney’s return comes less than a day after Arsenal’s pre-season friendly loss to Hibernian, where Martin Boyle and Daniel Mackay struck in a 2-1 win for the Scottish Premiership side at Easter Road.

It’s a losing start to pre-season for Arteta and his men, while Pierre-Emerick Aubameyang, Willian, Eddie Nketiah and Ainsley Maitland-Niles couldn’t prevent the defeat.

Now with Rangers up next, Arteta could be ready to welcome Tierney back into the fold already, before they finish their brief tour of Scotland and head out to the United States to take part in the Florida Cup later this month. 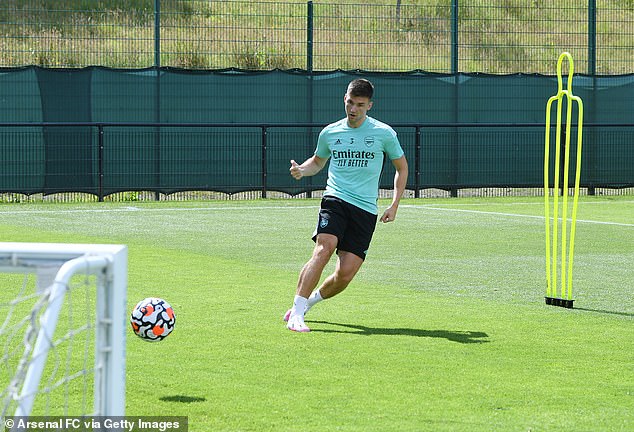 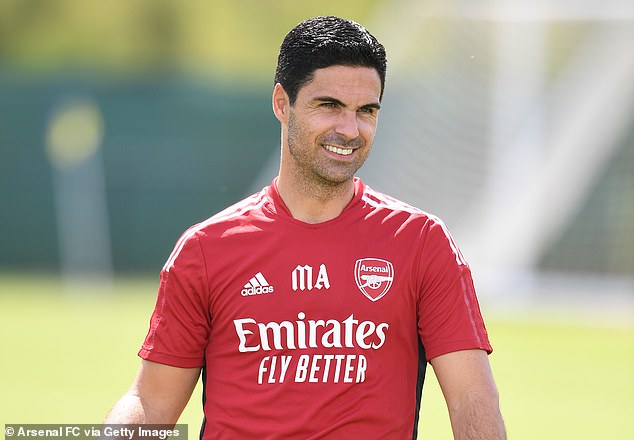 Ahead of their clash with Rangers, Arteta said: ‘It’s a very good game for me especially because I played there and it is a really special place. I’m looking forward to that game.’

Reflecting on the defeat to Hibs, he continued: ‘Well I’m always disappointed when we lose a football match but it is the first game, we played with many kids and we only had four training sessions.

‘We’ve trained really hard and you could see that the players were a little bit leggy. I think we conceded the first goal, an accident, and the second goal was clearly offside.

‘We created many, many chances but we didn’t score. That’s what pre-season is for, to take the things that we haven’t done well into a training session and then improve.’

Haaland's double for Dortmund adds to his Champions League tally