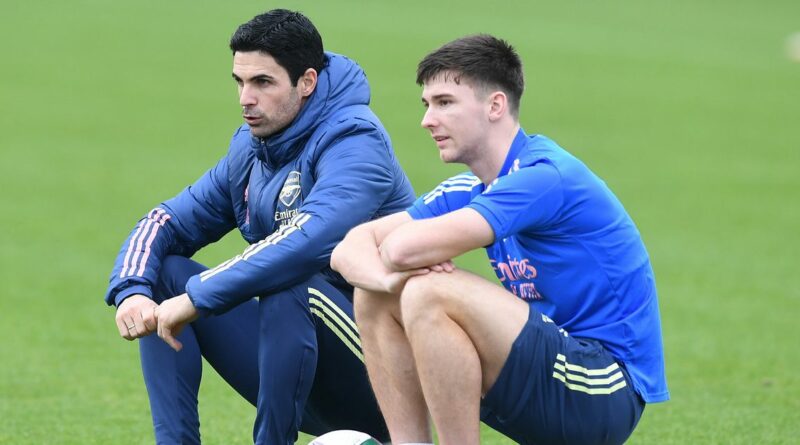 Top class left-backs have always been tough to find.

That’s why the departure of Ashley Cole to Chelsea was such a bitter blow for Arsenal back in 2006, and why the club splashed the cash to land Kieran Tierney last summer.

The arrival of Tierney in a £25million move from Celtic was intended to provide an immediate solution to a problem position for the Gunners.

Instead, it took the Scot time to adjust as he endured an injury-ravaged first season at the club.

Even amid his injury struggles, there were flashes of his potential that caught the eye of Cole – a man who knows a thing or two about being a top left-back.

After a draw with Leicester City back in July, whilst covering the game for Sky Sports, Cole singled out Tierney for praise and backed him to be “a star of this Arsenal defence”.

“I think he’s been solid," Cole said. "I think he came to Arsenal with high expectations. Watching him at Celtic, he was brilliant, and then he came, carrying an injury.

“He didn’t start the season. He’s now getting back to fitness and for me, being a star of this Arsenal defence, whether it’s playing in a three or playing as an out-and-out left-back.”

Patience has been needed – but it appears Cole’s predictions are finally coming true.

The ex-England star went on to outline Tierney’s attacking capabilities, backing him to add a “different element” with his balls into the box.

“One thing Arsenal were probably lacking in the past year was a left-back, who was solid, didn’t get beat in one versus one situation.

"I also think the way he attacks and the timing of his attacking runs brings a different element to Arsenal, a different way to attack and he’s got a brilliant delivery on him.

"We’ve just seen there, it was a great ball that ended up in a corner. He’s been very good for Arsenal."

Since December 1, Tierney has been a focal point in Mikel Arteta’s revival.

The Scot, who scored a goal and provided an assist against West Brom at the weekend, has created 15 chances, more than any other defender in that time frame.

After finding themselves devoid of creativity and struggling to find an identity, Tierney has emerged as exactly the sort of player Arteta needed.

“Since the moment I joined the club, I have seen a player with enormous talent and with the perfect attitude and commitment,” Arteta said after beating West Brom.

“I think he can be ­Arsenal captain as he has the respect and admiration of every member of the staff and every player.

“It is just the way he is. He does it in a natural way. He is a really shy boy as well but he represents all of the values that we want to instil.

“He can still improve but he is a real threat in attack and really solid in defence. You see how he behaves on the pitch and when he talks he says the right thing.

"He is exactly what we are looking for and I am so happy to have him in the team.”

Arteta and Cole both spotted Tierney’s potential straight away and he is now well on his way to fulfilling their lofty predictions.

Will Arsenal finish in the Premier League top four this season? Have your say here.