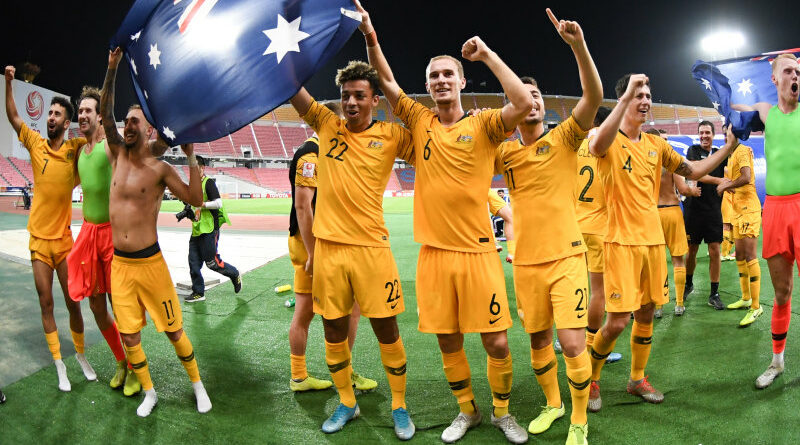 Arzani with a chance

Oh how we've missed the quick feet of Daniel Arzani. The bolter from the 2018 World Cup has missed the better part of three seasons of football since due to injury but his touch hasn't evaded him. With the first attack of the game, he dribbles past two Argentinian defenders to hone in on goal but perhaps should have been more selfish with the end product.

A pass across the box was cleared by Argentina when Arzani should have taken a shot himself. A great start for the young man.

The teams are out on the pitch

Thomas Deng leads Australia out to for the anthems. An empty Sapporo Dome just amplifies the echoes. Argentina's grand closing lyrics; "juremos con gloria morir" (we swear to die with glory) doesn't feel quite so epic as it normally does at World Cups.

Both teams take the knee to show their stance against racism and now we're underway!

The defensive martnership of Nehuen Perez and Facundo Medina will be hard to break down, the latter having already played for Argentina's senior team. Perez, the Argentinian captain is billed as a potential star of the national team for the future and Atletico Madrid have big plans for him as well with his club career.

Elsewhere, Alexis Mac Allister is perhaps the most known name, plying his trade in England with Brighton but is far from the only goalscoring threat. Adolfo Gaich is a big presence in the forward line and will be the focal point of their attack and will be supported by the talented attacking midfielder, Esequiel Barco.

Keep an eye on Ezequiel Ponce who can do damage off the bench.

The Olyroos are in

The Socceroos look set to play a 4-3-3 system against the Argentinians with perhaps two surprises with the team sheet. Wanderers' defensive midfielder Keanu Baccus is on the bench while the talented winger, Reno Piscopo isn't on the team sheet at all.

Elsewhere, we have just witnessed a massive boil over with Mexico beating France 4-1. The Mexicans won the 2012 Olympic gold medal but weren't fancied to cause too many problems for the European heavyweights but have caused the biggest shock of the men's tournament thus far.

Australia's hopes of progressing past their group could be helped by Spain's 0-0 draw with Egypt. No team has a better squad at these Olympics than Spain but they couldn't find a way past the defensively astute Egyptians.

Welcome to the Olyroos clash against Argentina

Good evening and welcome to the live blog of the Olyroos' match against Argentina to open their Tokyo Olympics. Australia makes their return to the Olympic cauldron after a 15-year absence and could not have been drawn in a tougher group, pitted alongside the 2004 and 2008 gold medallists, as well as tournament favourites Spain and African giants, Egypt.

Argentina might not be as formidable as when Australia faced them in the 2008 and 2004 Olympic Games where the Olyroos came up against Leo Messi, Sergio Aguera, Angel Di Maria, Carlos Tevez and Gabriel Heinze in those two tournaments. Nevertheless, the Albiceleste remain a formidable force.