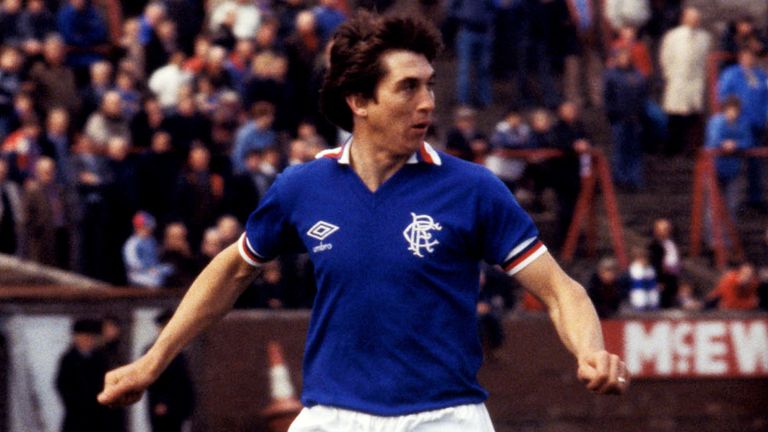 Former Motherwell, Rangers and Scotland defender Tom Forsyth has died at the age of 71.

Forsyth made his name at Motherwell between 1967 and 1972 before being signed by Rangers, where he went on to play for the rest of his career.

Everyone at Rangers Football Club is sad to learn of the news that our former player, Tom Forsyth, has passed away this evening. We pass on our heartfelt condolences to the entire family circle at this difficult time. pic.twitter.com/zuqFeSdQec

We are deeply saddened to hear of the death of former Motherwell player and assistant manager Tam Forsyth.

The defender made 326 appearances for the Ibrox club, including scoring the winning goal in the 1973 Scottish Cup final against Celtic.

Forsyth scrambled the ball over the line from six inches out to secure the trophy for Rangers.

Nicknamed ‘Jaws’, he also earned 22 caps for Scotland, including at the 1978 World Cup in Argentina as the country just missed out on qualifying from the group stage.

After retiring from playing, Forsyth went on to manage Dunfermline and was also assistant manager to former team-mate Tommy McLean at Greenock Morton, Motherwell and Hearts.

Football: Palace punish sloppy Arsenal in 3-2 win at the Emirates

Tigers manager Gardenhire retires
We and our partners use cookies on this site to improve our service, perform analytics, personalize advertising, measure advertising performance, and remember website preferences.Ok