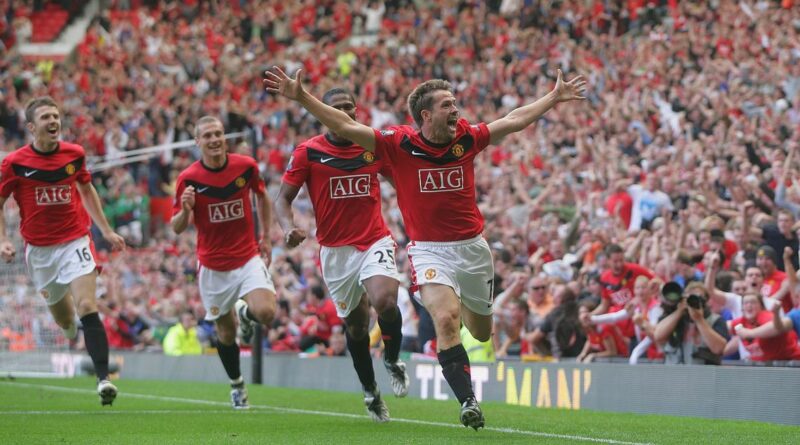 Manchester United are set to host Manchester City for the latest installment of the Manchester derby on Saturday lunchtime.

Although there have been huge meetings between the two in the past, this Manchester derby has the potential to be one of the biggest clashes in modern history – especially for United manager Ole Gunnar Solskjaer, who reportedly needs a positive result to keep his job.

United were thrashed by Liverpool in their last derby game just a couple of weeks ago and that will certainly be fresh in the minds of their squad.

Whether or not Pep Guardiola can inflict another drubbing on United remains to be seen, but fans will be hoping that sparks fly either way.

The Manchester derby is a fixture that has delivered plenty of fireworks in the past, and Daily Star Sport has taken a look at seven of the most controversial moments that occurred over the years…

Gary Neville enjoyed some iconic moments during his storied career at Old Trafford, including a host of jubilant derby wins.

But the former England star hasn't had it all his own way, with Neville recalling his biggest derby nightmare which took place back in 2002, where City romped to a 3-1 win at Maine Road.

"Although there have been some great derbies for me down the years the major one that stands out most for me, for the wrong reasons, was the one that I was captain when I made the big mistake for Shaun Goater to score," Neville told Sky Sports.

"It was the first time I ever captained the club, I was subbed after 47 minutes and I just remember that night drowning in a crate of Peroni at home on my own, just absolutely depressed at how I'd played and what had happened."

That Manchester derby was the last one ever to be played at Maine Road before City moved to the Etihad Stadium – and they signed off in spectacular fashion at their famous old ground.

Who do you think will win the Manchester derby this weekend? Let us know in the comments section below.

Arguably the greatest Manchester derby of all time.

Does it get much better than seeing seven goals, with the final one of them arriving in Fergie Time to cap a stunning 4-3 win for United that left then-City boss Mark Hughes absolutely raging? Probably not.

Michael Owen proved he still had some life in him after a rotten run of injuries by netting the most iconic goal of his brief spell at Old Trafford to leave City stewing and Sir Alex Ferguson euphoric.

Hughes was someone who had benefitted from the mythical Fergie time before but couldn't hide his disappointment after being on the receiving end as City boss.

"Historically it has happened before," Hughes fumed back in 2009 after moaning that the referee played above the allotted four minutes injury time. "I was in teams here who had that benefit and I never thought it was an issue because I actually thought we had a bad time by referees. Since I left I have probably changed my view."

He probably had a point, to be fair. Owen's goal arrived in the 96th minute to condemn City to a painful derby day defeat.

When you mention Roy Keane and the Manchester derby, it's impossible not to automatically think of the Alf Inge-Haaland.

Haaland, the father of current Borussia Dortmund superstar and United target Erling Haaland, was taken out with a vicious lunge by Keane.

The fiery United ace had targetted Haaland after a row four years earlier when the then-Leeds player accused Keane of feigning injury.

Keane's act of revenge ending up costing him a £150,000 fine from the FA and an eight-match ban after admitting in his autobiography that he had waited for his crack at redemption.

Haaland retired a couple of years after the ugly clash, which took place back in 2001.

Although Keane's horror tackle on Haaland back in 2001 was a shocker, the Manchester derby already had form for career-altering challenges.

The injury was so bad that doctors initially feared that they'd have to amputate Pardoe's leg due to blood flow fears.

City won the game 4-1, but that was understandably overshadowed by the unpleasant scenes from the clash between Best and Pardoe.

Although relations have hardly ever been friendly between the two sides, the rivalry seems to have gone up a notch following the Carlos Tevez saga.

Tevez signed for City shortly after a loan spell at United, and City cheekily taunted their neighbours with the now infamous 'Welcome to Manchester' billboard, depicting the Argentine striker in sky blue.

Unsurprisingly, that ruffled a few feathers in the red half of Manchester.

Ahead of a League Cup semi-final back in 2010, Neville implied that City had paid over the odds for his former team-mate.

After inevitably netting in the match, Tevez fired back at Neville with a celebration mocking Neville speaking too much, which the United man responded to with a one-fingered salute.

The spat saw Neville wind up with a warning from the FA, whilst Tevez reignited the feud ahead of the second leg with some spectacular quotes.

"My celebration was directed at Gary Neville," Tevez said.

"He acted like a complete boot-licker when he said I wasn’t worth £25m, just to suck up to the manager. I don’t know what the hell that idiot is talking about me for. I never said anything about him. I will never show a lack of respect towards anyone.

"Just as I was running off to celebrate the penalty I had scored, I came across Gary and I said to myself: ‘Shut your trap, keep quiet.’

"I didn’t go overboard in my celebration and it was directed at Gary, not at Ferguson and not at the fans.

"I think he did the wrong thing because I was his team-mate and I never said anything bad about him. He was ­saying that Ferguson was right when he said that I wasn’t worth £25m, when he was saying this and that … I always respected Neville." 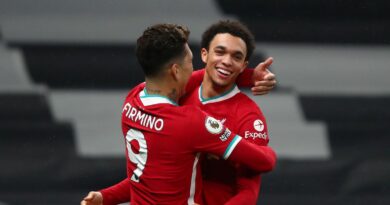