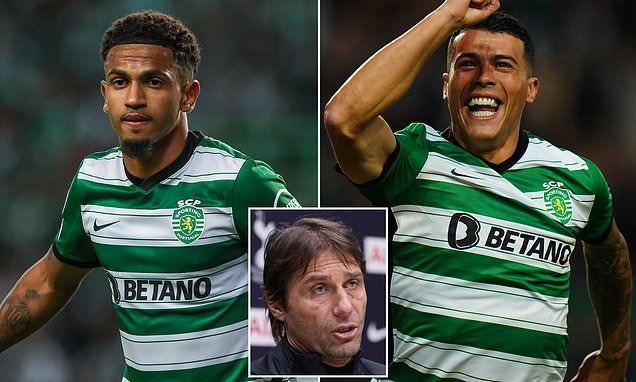 Tottenham are to hold talks with Sporting Lisbon on Wednesday over potential deals for Pedro Porro and Marcus Edwards.

Sporting have so far been unwilling to sanction any transfer unless the players’ buy-out clauses are met.

Porro, 23, has a £40million clause while Edwards, the former Tottenham trainee, has a £52m clause but Tottenham still hold a 50 per cent sell-on as part of his previous transfer.

Spurs have been left thin in attack after injuries to both Richarlison and Dejan Kulusevski, with just Harry Kane and Son Heung-min left of their first-choice options.

And Tottenham boss Antonio Conte has insisted money needs to be spent in upcoming windows to compete at the top of the Premier League.

The Italian claimed there were ‘unrealistic expectations’ on his side following their 2-0 home defeat to Aston Villa. 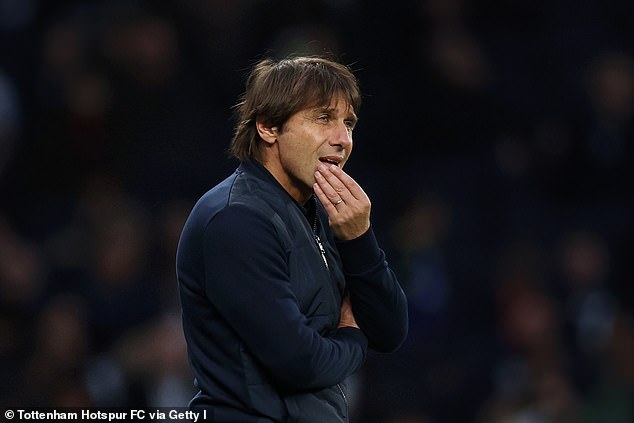 ‘I was very clear with the club, because I remember very well in the summer, people talking about Tottenham as title contenders,’ Conte said after the defeat.

‘It was a bit crazy to read this. To become a title contender, to become a team ready to fight to win something, you need to have a solid foundation.

Edwards is a recent arrival in the Portuguese capital, having made the switch from Vitoria Guimaraes in January 2022 after proving himself in the Primeira Liga. 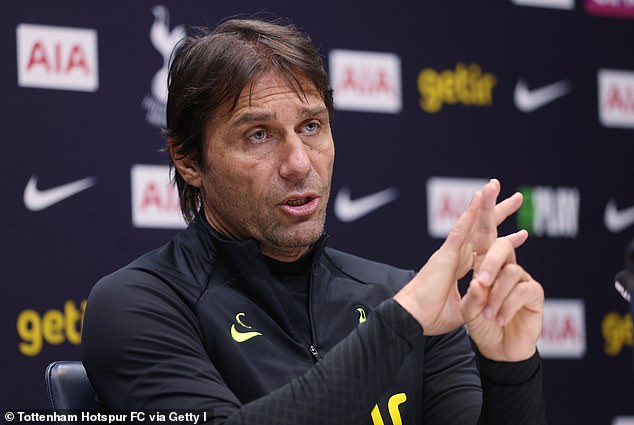 But since then he has gone on to rack up 12 goals and 12 assists in 39 games in all competitions, including starring for his side against Spurs in the Champions League.

Edwards scored in their second group stage clash with the north London side in this season’s competition, tying the second meeting 1-1 after the Portuguese side won the first encounter 2-0.

Spurs were previously thought to have cooled their interest in Porro, who was formerly on the books at Manchester City, although the defender failed to make a senior appearance for the Cityzens. 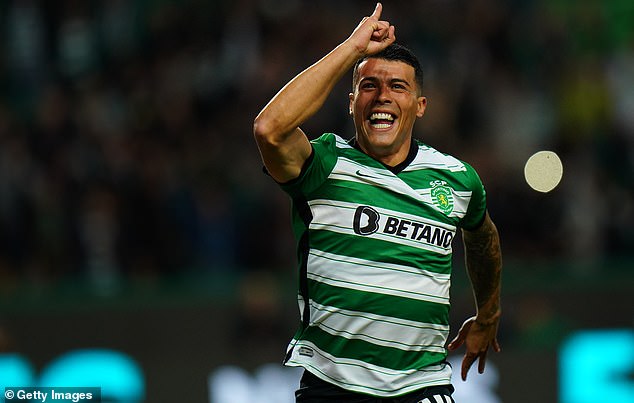 The Spanish defender initially joined Sporting on a two-year loan deal before the Portuguese club activated a £7.2 million buy option.

Porro has played 93 appearances for the club, scoring 11 goals and providing 19 assists.

The full back, who has one cap for Spain, played against Spurs in the Champions League group stage this season. 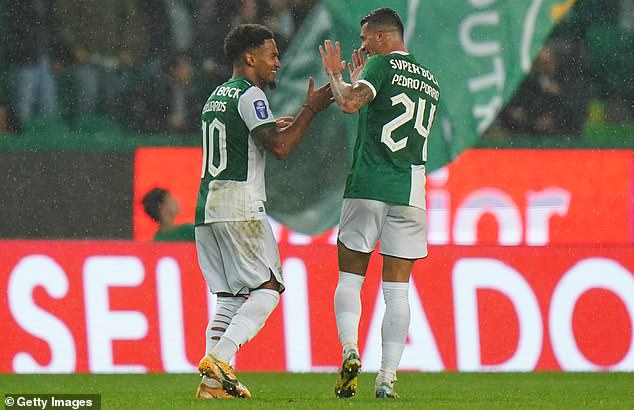 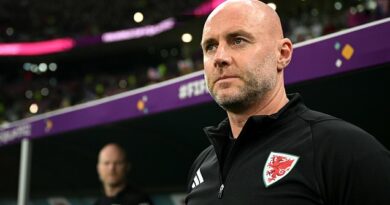