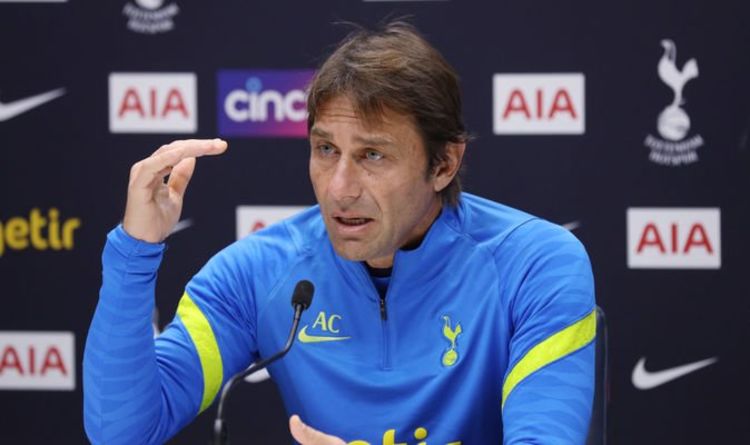 Tottenham manager Antonio Conte has explained his harsh training regime ahead of his third game in the hotseat against Leeds United on Sunday. Spurs players have been banned from fast food, ketchup and mayonnaise as the Italian replicates the same strict diet controls which made Chelsea Premier League champions in 2017.

The performances under Nuno Espirito Santo, during his brief stint in charge, were often denounced for lacking urgency.

Conte has been quick to try and change that though, with fitness and dietary restrictions front and centre of his early decisions at the club.

Steven Gerrard committed to the same philosophy at Aston Villa this week, banning ketchup as one of his first acts in the job.

So far, Conte’s results have been unspectacular with one win and one draw, but players are likely to trust in his methods due to an exemplary track record.

Most recently, he was in charge of Inter Milan who he guided to their first Serie A title in over a decade.

Speaking this week before his second Premier League game in the job, Conte said: “At Chelsea, it was the same – we spoke about the importance of eating well.

“At every one of the clubs that I trained I had a nutritionist and these aspects are important because you have to stay in the right weight and to do that you have to have the good fat and the good muscle.

“This is a part of our work now and the player’s work – to be professional.

“To be professional means you have to take care of your body. If you do this, you recover well and you are at less risk of injury for sure. You are also ready to face the training if sometimes the training is hard.”

Prospects of Spurs stars sneaking off to eat to their heart’s desire appear slim too, with the detailed information at the nutritionist’s fingertips likely to pick out such incidents as Conte vows to keep a beady eye on his squad.

“For sure I can see the paper with the nutritionist, I can see whether this is okay or this is not okay,” he added.

“If you are not okay it means that maybe you’re not doing well when you are out outside of the training centre.”

A positive result against Leeds would go a long way towards restoring momentum in north London, which was lost during Nuno’s final weeks at the helm.

Momentum is very much something star striker Harry Kane could do with, and he unbelievably scored seven goals in two games during the international break.

A return to form would therefore do Spurs the world of good, while the January transfer window could also be used as a springboard for the Lilywhites to slingshot up the table.

When it comes to issues of player fitness and nutrition, improvements tend to come over time, so do not be surprised to see Conte’s side come on strong towards the back end of the campaign.