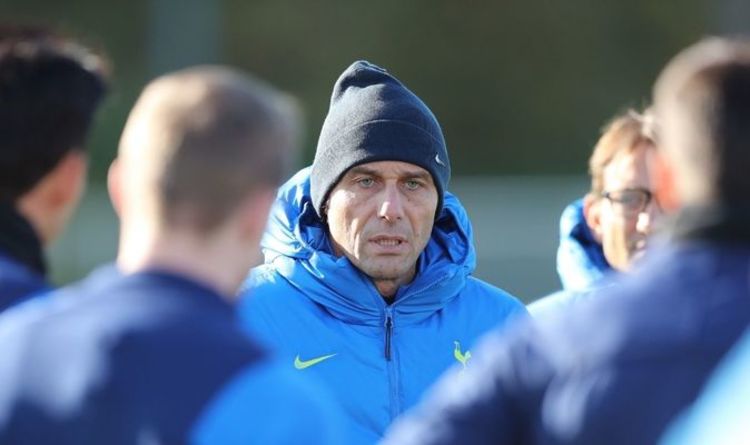 Antonio Conte is already planning to switch formation at Tottenham just one week into his new tenure. The Italian is still getting to grips with his new squad as he continues to assess the players at his disposal ahead of the January transfer window.

Daniel Levy and Fabio Paratici are expected to back Conte in the market at the turn of the year with Spurs likely to invest heavily on some new faces.

For now, Conte is working with what he’s got and there has already been an improvement in performances from several players including Sergio Reguilon and Oliver Skipp.

Conte’s side have been operating in a 3-4-2-1 system, the same formation he used during his time at Chelsea.

Ben Davies, Cristian Romero and Eric Dier have made up the back-three while Skipp has continued his run in the side alongside Pierre-Emile Hojbjerg in the engine room.

According to Football.London’s Alasdair Gold though, Conte is already planning to change formation in the coming weeks.

Moura is the likely casualty while the move could benefit the likes of Tanguy Ndombele and Giovani Lo Celso.

Both were on the bench in Sunday’s 0-0 draw at Everton but game time could be just around the corner for the attacking pair.

Dele Alli could also be the man to slot in behind Kane and Son, although the England international has work to do if he is to nail down a place in Conte’s side.

The Tottenham manager has already talked up the 25-year-old since being appointed in north London, vowing to play Alli if he shows he deserves minutes.

“I remember very well when we played against Tottenham in the past, specifically one game when we lost after 13 wins in a row and Dele scored twice,” Conte said.

“But this is the past. Now there is a present and for sure Dele is a player that has great potential. Physically he is strong and very good.

“For sure I give him the possibility to show he has talent. At the same time, when I pick the starting XI I do it because I think they can bring the team to win, the same when I make changes during the game.

“I am open, I am open for every single player in Tottenham. The most important thing is they show me they deserve the chance to play.

“For now we are starting from zero, there is a new coach. I tell every single player, not specifically Dele, ‘show me you deserve to play from the start and I will give you the chance to start.'”

Getafe vs Barcelona LIVE: Latest score, what time does it start, TV channel, how to stream online, odds and more