Tottenham boss Jose Mourinho has heaped praise on Dele Alli and Gareth Bale after the pair impressed in the 1-0 win over Fulham at Craven Cottage. Alli was brought in from the cold to add some much-needed creativity, while Bale started back-to-back games for the first time since returning from Real Madrid.

Spurs opened the scoring on the 19th minute when Son Heung-min’s cross was converted into his own net by Tosin Adarabioyo, via a slight flick from Alli.

Mourinho’s side only registered two shots on target in the entire match and Fulham should have had a deserved equaliser in the second half.

Josh Maja beat Hugo Loris after the hour mark but VAR controversially intervened, ruling that Mario Lemina had handled the ball in the build-up.

Alli and Bale were brought off soon after Maja’s disallowed effort and were replaced by Moussa Sissoko and Lucas Moura. 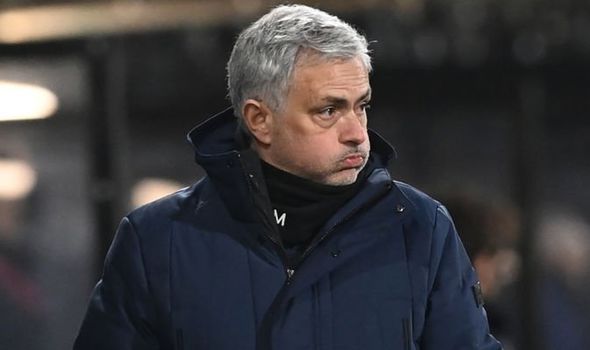 “Playing as the second striker he has to go (beyond the striker). He did well until his fitness allowed him.

“Same as Gareth. Second match in the week is not easy. They did very well.”

It was not the most entertaining performance by Spurs but they got the much-needed three points which sees them move to within four points of the Champions League places.

“We should be better on the ball but without it we did everything we could to keep a clean sheet.

“Of course it helps if you win but we have to keep going and working hard. The team spirit we showed today we have to show in every game.

“I know it is a cliche but we have to see game by game. Today was a very important three points.”

Pierre-Emile Hojbjerg said of Fulham’s disallowed goal: “I haven’t seen it. I don’t know. My own opinion is that this handball situation is a very difficult one. 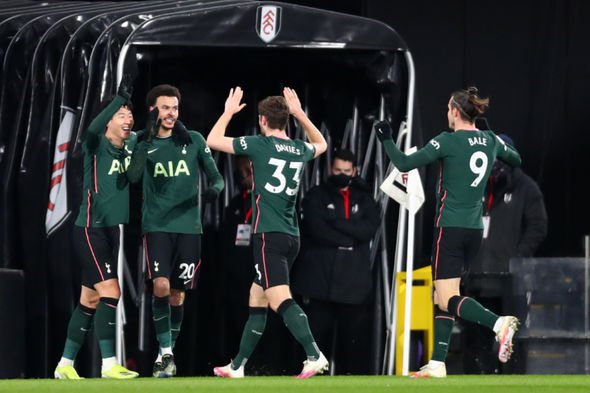 “For the players and maybe the referees it is a very difficult one because some are high intensity and not on purpose but they get given.

“As players I think what we wish is some kind of consistency in the reviews with the handball situations but I haven’t seen it so I can’t say if it was on or not.”