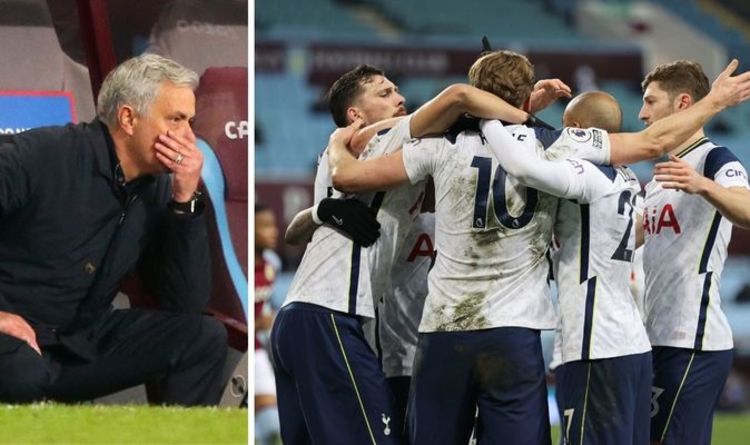 A calm and reflective Jose Mourinho delivered what appeared to be a loaded message to his players after his Spurs side won 2-0 at Aston Villa. The Portuguese was pleased with the reaction he received from his players following the embarrassing Europa League capitulation at the hands of Dinamo Zagreb in midweek.

He decided to shake things up at Villa Park and opted for a change of system as he paired Carlos Vinicius with Harry Kane up top.

It was a move he did not live to regret as both were on target for the visitors to keep their top-four hopes alive.

Harry Winks and Matt Doherty were left back at home while Serge Aurier and Toby Alderweireld missed out through illness. 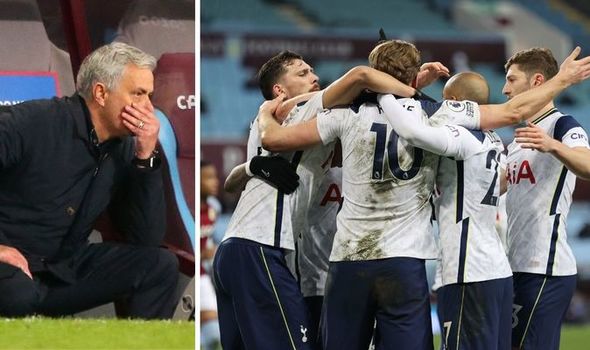 It’s been a difficult week for Tottenham but it was crucial they ended on a high heading into the international break.

They are now just three points adrift of Chelsea in fourth as Mourinho laid down his marker that this was the level of performance expected from his players from now on.

“A good result,” he told Sky Sports. “The players deserve total credit. They had a great attitude. They gave absolutely everything. They played like a team.

“The next challenge is to play like this not in reaction but as a permanent thing.”

Mourinho struggled to accept his side’s performances in the defeats to Arsenal and Dinamo and felt they could have left more on the field.

However, at Villa Park he saw a group of players committed to the cause that were fighting for the badge.

“You need time to develop this [squad harmony],” he added. 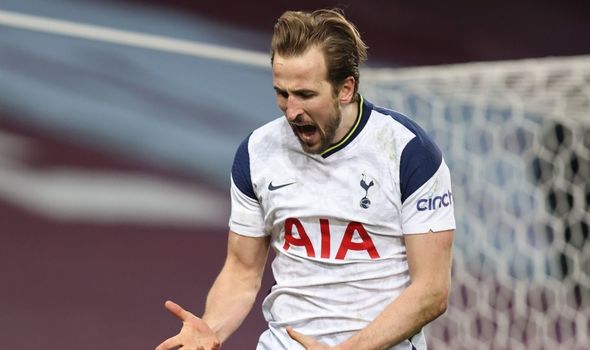 Kane struck his 27th goal of the season and was satisfied with the response to Thursday’s disaster in Croatia.

“The last few games we haven’t been good enough so we had to bounce back with a win. We had fallen short of our standards,” he said.

“You saw today, people putting their bodies on the line. We are going to need more of that.

“Going out of the Europa League in that fashion was embarrassing for us as players.

“The only way we can give back to the fans and to the club is to get back out there on the pitch and show what we are made of. I think we did that today.”