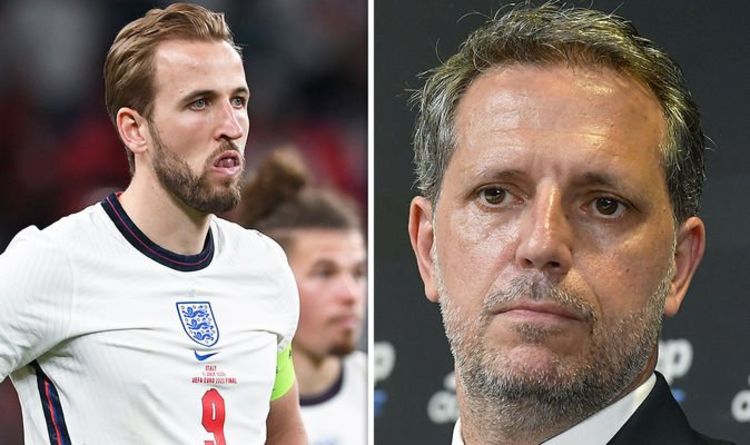 Varane: All you need to know about Man Utd-linked defender

Tottenham are interested in signing Raphael Varane or Jules Kounde if they sell Harry Kane this summer, according to reports. Kane told Spurs earlier this year he wants to leave the club in this transfer window. Manchester City have already seen a £100million bid for the England captain turned down.

Kane was Tottenham’s top goalscorer again last season but the club could only muster a seventh-placed finish in the Premier League.

The coronavirus pandemic has hit Spurs hard financially, coinciding with the early days at their new £1billion stadium.

Speaking on Reach PLC’s Transfer Window podcast, Duncan Castles says Spurs could look to take advantage of Kane’s desire to leave and take a high offer for him in this window.

Castles says the centre of defence is the main area Spurs would look to recruit if Kane were to leave.

He said: “When you have a player like that wanting to leave, when you’re in need of a big rebuild, when you have a new sports director in who wants to put his mark on matters and is used to dealing aggressively in the market, do you take the money for Harry Kane? And do you reinvest in areas of the team that need to be restructured?

“If you do, centre-back is an obvious place. Tottenham need to do something at centre-back.

“They need a solution at centre-back whatever happens.”

However, Spurs would only be able to afford either player if Kane were to leave.

Castles continued: “Now, if Varane is on the market, you have the potential of a large influx of cash from Manchester City, most likely, and you can spend that and take on directly a rival in Manchester United for the of a signature of a super-talented player who would make a substantial difference to the defence.

“You could see why they’d be exploring that, alongside a player like Jules Kounde, who’s available from Sevilla, who Manchester United had made an informal offer of €45m for and had rejected, who also is a target for Real Madrid and has been recommended to Florentino Perez as a replacement for Raphael Varane, who, if my information is correct, would prefer a move to Real Madrid over those clubs but is open to a move this summer.” 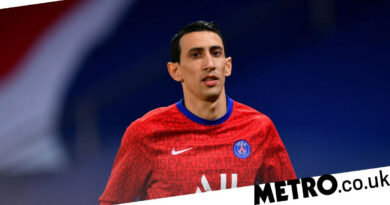 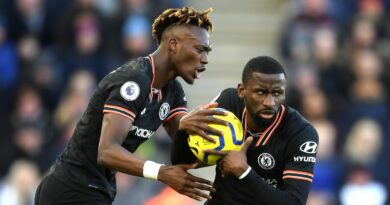