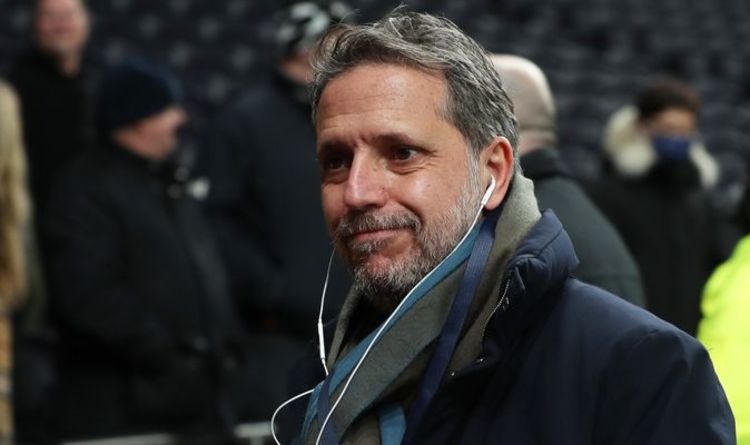 Tottenham’s managing director Fabio Paratici is likely to be a busy man in January as he attempts to bring in a number of new signings to improve Antonio Conte’s squad by the end of the month. It is no secret that Spurs are in desperate need of reinforcements, with Conte keen to turf out the deadwood and get some exciting fresh faces in.

One of the areas which it is believed Spurs are most keen to strengthen is the defensive positions, with the team leaking goals left, right and centre before Conte came in.

The likes of Davinson Sanchez and Eric Dier have been criticised, and although the two have improved in recent weeks, they may soon make way for replacements.

The 24-year-old was strongly linked with Spurs’ London rivals West Ham in the summer before he eventually ended up staying with the Viola.

But it has been reported that there is a gentleman’s agreement between him and the club that if the right offer comes in he will be allowed to leave.

And Spurs could well tempt Fiorentina into a sale, and are said to be ‘ready to enter’ into negotiations.

The North Londoners raided Serie A in the summer with moves for Atalanta duo Pierluigi Gollini and Cristian Romero.

And it would be no surprise at all to see them return, especially given Paratici’s contacts in his native country.

Conte was recently asked about the prospects of big moves being made in January.

And he refused to give much away, and certainly didn’t rule out the prospect of the cash being splashed.

“The consideration and the judgement [of how well the team is doing] can change only for one win or one loss,” he said.

“I asked also to the club for another month to understand very well the situation and to make the right evaluation because I think this is fair.

“It is not simple to replace players and to find players who are a ready to fight for a place in the Champions League and be competitive to win something. We know which is the situation.

“We know this and now the most important thing for us is to try to improve the situation is working. As now is the only way is in our hands.

“Then if there is the possibility to improve the quality then we will try to do it. Now my first thoughts is to work to exploit and to get the best out of the players that I have.