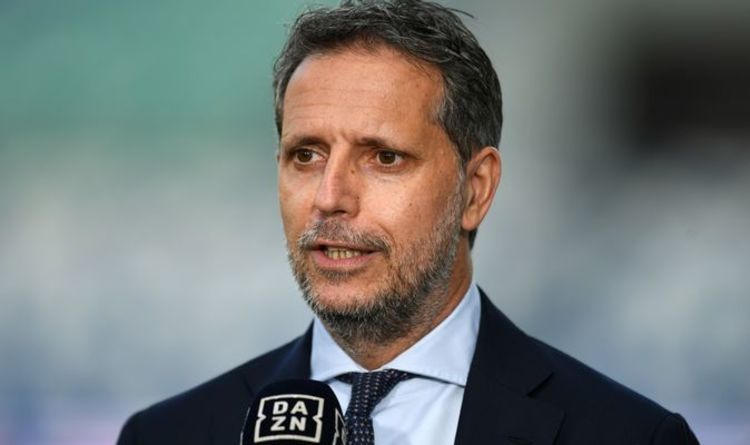 Tottenham Hotspur have drawn up a list of ten potential defensive transfer targets as Nuno Espirito Santo looks to strengthen this area of the pitch. The Lilywhites are set for a busy window under Nuno and face the important task of trying to keep Harry Kane at the club.

Central defence is a key are that Tottenham managing director Fabio Paratici has placed an emphasis on and has identified a number of options for the club to consider.

Lyon midfielder Houssem Aouar is a name that continues to be linked with the club, though Tottenham correspondent for football.london, Alasdair Gold, has made clear that Spurs are prioritising a deal for a centre-back ahead of anything else.

Tottenham are believed to be closing in a on a £15million deal to sign Bologna defender Takehiro Tomiyasu from Bologna and are also targeting Sevilla’s Jules Kounde, Inter Milan’s Milan Skiniar and Jannik Vestargaard of Southampton.

That’s according to a report by the Athletic, who add that the likes of Serge Aurier, Davinson Sanchez and Toby Alderwiereld could all be heading for the exit doors.

When asked about the club’s plans in the transfer market, Nuno admitted that Spurs are carefully considering their options and will move to complete a deal should an opportunity arise.

“Anything can happen in football; it happens so fast.

The former Wolves boss will be reunited with Matt Doherty ahead of the upcoming campaign, having worked with the Irish full-back during his time at Molineux.

Doherty started only 13 games for Spurs last season and struggled to make a positive impression during his debut season with the club, though Nuno may view this as an opportunity to bring out the best in the 29-year-old.

Another player expected to play a big role for Spurs next season is young defender Joe Rodon, who made 19 appearances in all competitions last term.

The 23-year-old completed the full 90 minutes in all four of Wales’ matches at Euro 2020 and will now be hoping for regular game time in the Premier League.