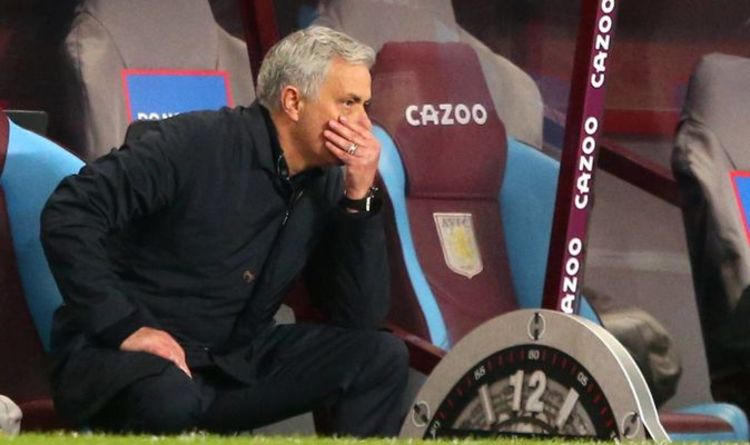 Tottenham boss Jose Mourinho has come under mounting pressure this season after a poor campaign in the Premier League and in the Europa League. Spurs chief Daniel Levy has weighed up the option of sacking the former Manchester United and Chelsea manager but has come to a decision.

Tottenham chiefs are set to back Mourinho despite their continued lack of form this season.

It comes as Spurs gear up for their biggest month of the campaign, with some huge games coming over the next four weeks.

Pressure ramped up on The Special One after the north London club were sent packing in the Europa League by Dinamo Zagreb in embarrassing circumstances.

After winning the first match 2-0, Spurs were the heavy favourites but were beaten 3-0 by their Croatian opponents but there has been a reaction from Mourinho’s players. 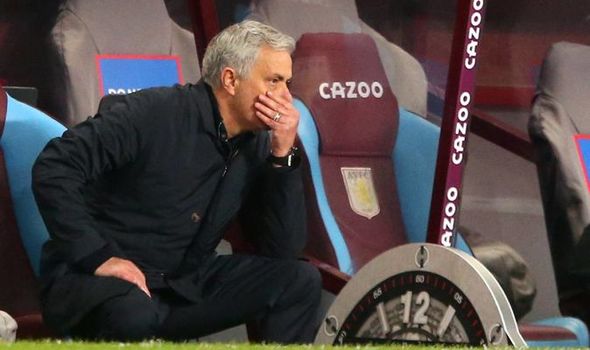 A 2-0 win over Aston Villa saw them go sixth in the Premier League and there remains a slim hope they can sneak into the top four.

But it is make or break time, with some titanic matches coming up – including Newcastle, Manchester United, Everton, Southampton.

There is also the opportunity to end the month with a trophy when they face Manchester City in the Carabao Cup final.

It would be the first piece of silverware Spurs have tasted since 2008 when they enjoyed similar success in the same competition.

As a result, Tottenham chiefs are happy to continue with Mourinho and see where the club stand by May, according to Fabrizio Romano.

The Portuguese coach is also one of the best-paid managers in the world and is only a year-and-half into his Spurs contract, which lasts until the summer of 2023.

Mourinho is on £15m-a-year at the London outfit after replacing Mauricio Pochettino in November 2019.

There is no break clause in his deal, which means the club would have to fork out over £30m in compensation.

Darren Fletcher says the positivity has returned around Scotland