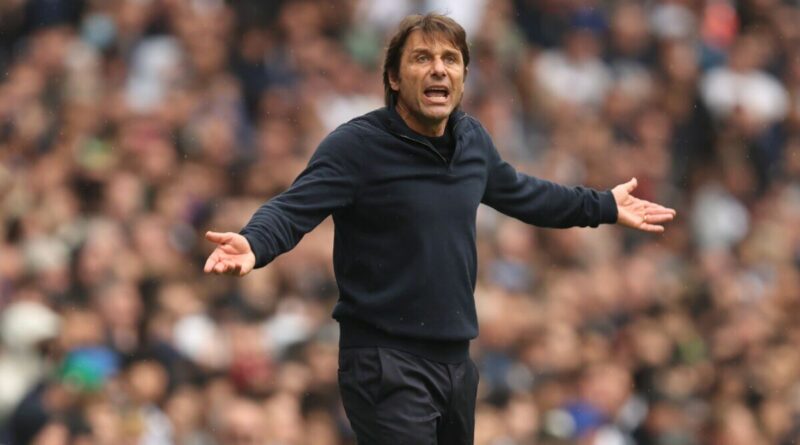 Tottenham Hotspur could be set to let two midfielders leave in the near future as they aim to raise funds for manager Antonio Conte in the transfer market. The Italian boss will be eager to add to his squad this window and Harry Winks and Giovani Lo Celso could depart north London to fund potential incomings.

The duo have both been linked with moves away this summer, and the London Evening Standard have claimed that the club will listen to offers for Winks and want around £20million for the English midfielder. The 26-year-old’s last start for Spurs came in February and he has played a bit-part role largely under Conte since Rodrigo Bentancur and Pierre-Emile Hojbjerg have formed a strong midfield partnership.

Lo Celso could also leave Tottenham on a permanent basis this summer, as journalist Xavi Jorquera Marquez of Radio Castellon has claimed that Villarreal have fully agreed a deal to sign the Argentine midfielder permanently. He claims that Tottenham will receive €18million (£15m) initially and a potential €6-7million (£5-6m) in bonuses.

Lo Celso has enjoyed a successful loan spell at Unai Emery’s side as Villarreal reached the Champions League semi-finals. The Argentinean started each of their knock-out games following his loan move in January.

Tottenham could look to boost their options in midfield if Winks and Lo Celso leave, with Hojbjerg, Bentancur and Oliver Skipp the only real options for Conte as Tanguy Ndombele’s future at the club is still undecided following his loan spell at Lyon in the second half of the season.

Spurs have acted quickly in the transfer market, as they are set to complete the signings of Ivan Perisic and Fraser Forster on free transfers. Perisic will reunite with Conte, the manager he won the Serie A title with at Inter Milan in 2021. The Croatian could play as a wing-back or as part of the front three, although Harry Kane, Son Heung-min and Dejan Kulusevski have formed a good understanding together since the Swedish winger joined the club on loan in January.

Perisic is set to sign a two-year contract and Forster is also close to joining Spurs from Southampton as backup to club captain Hugo Lloris, as Spurs rejected the chance to sign Pierluigi Gollini on a permanent basis.

However, the club have suffered a blow in their pursuit of Alessandro Bastoni as the Inter centre-back will reportedly need some convincing to join Conte and Perisic in making the switch from Milan to London.

After Spurs announced a capital increase of up to £150million from majority shareholder ENIC, Conte was reportedly promised six new signings and Express Sport has looked at five players Tottenham could land this summer after the signing of Perisic is confirmed.

Wolves vs Chelsea preview: Marcos Alonso a doubt for visitors