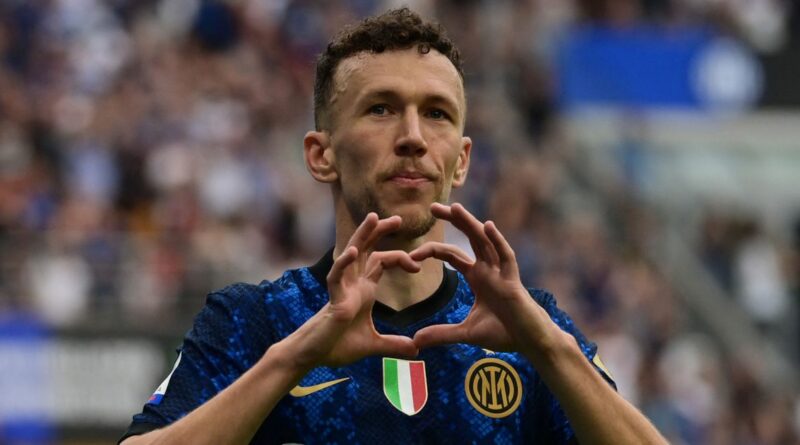 Tottenham are poised to unveil the signing of Inter Milan star Ivan Perisic – and are 'confident' of luring his team-mate Alessandro Bastoni to the Premier League.

That is according to The Express, who claim the centre-back is now both Antonio Conte and Fabio Paratici's 'top defensive target'. Perisic is set to become Tottenham's second arrival ahead of the new season after Southampton goalkeeper Fraser Forster, with the Croatian international undergoing his medical on Monday.

The 33-year-old reportedly turned down a contract extension at the San Siro in order to fulfil a career ambition of playing in the Premier League. With a deal for Perisic all but confirmed, attention at Tottenham has now turned to another raid on the Serie A runners-up.

Bastoni has established himself as a key player at Inter Milan, and the 23-year-old has two years remaining on his current contract. However, the report indicates Inter's move for Serie A defender of the year Gleison Bremer could soften the club's stance on a potential sale of the centre-back.

ENIC have provided a £150 million cash injection, and deals for loanees Dejan Kulusevski and Cristian Romero are expected to be made permanent. Bastoni's name is said to be name being strongly considered by the Tottenham hierarchy, with Conte understood to be given the green light to make six signings this window.

Bastoni is understood to have been identified as a candidate to play on the left side of Tottenham's back three, a position Ben Davies currently occupies. The Inter defender is reportedly keen to work with former manager Conte in the future, but is also said to be in no rush to force an exit from the Nerazurri. Conte has a sizeable transfer budget at his disposal, but a deal for Bastoni would reportedly set the club back in excess of £50 million. Josko Gvardiol has reportedly been earmarked as an alternative target, but the RB Leipzig defender is also said to be keen to stay at his club.

Tottenham's squad could undergo a significant overhaul after Conte's side finished strongly to pip rivals Arsenal to a top-four finish. Tanguy Ndombele, Davinson Sanchez, Harry Winks, Giovani Lo Celso, Steven Bergwijn, Sergio Reguilon and Joe Rodon, are among those deemed to have an uncertain future under the former Chelsea boss.

In addition to Bastoni and Gvardiol, Middlesbrough full-back Djed Spence is also said to be interesting Tottenham. The 21-year-old impressed on loan as Nottingham Forest earned promotion to the Premier League via the playoffs, with Brentford, Borussia Dortmund, Newcastle United and Roma also credited with an interest.