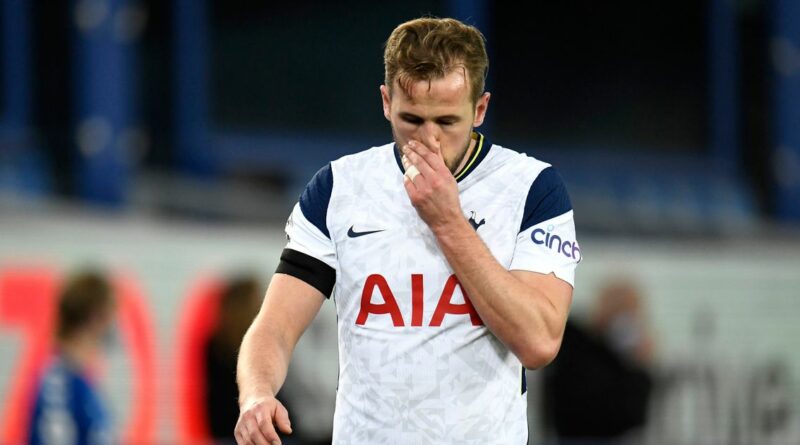 Tottenham are back to square one in their hunt for a new manager after Brendan Rodgers and Julian Nagelsmann both decided against taking over from Jose Mourinho.

Numerous big-name coaches have been linked with the role, including Massimiliano Allegri and Maurizio Sarri.

However, Spurs' perfect option is waiting under their noses, and it makes perfect sense on numerous fronts – Steven Gerrard.

Spurs are set for a huge summer this year, with Harry Kane's future still uncertain and the potential of no European football next season.

Tottenham have a solid squad of players, and earlier in the season looked to be contenders for the Premier League title. But after another year of disappointment in north London, Kane has been tipped to push for a move away.

Daniel Levy will need to ensure that whoever he decides to hire as Mourinho's replacement will be to Kane's liking, as the previous boss was.

Why not go with one of Kane's former international team-mates, who has forged his own career in management?

Gerrard previously said of Kane: "I think he is a perfect role model and an ambassador for the game. I love the way he goes about his work.

"I've also spoken to people who know him better than myself and I've heard he is obsessed and relentless on the training ground."

It seems to be one of football's biggest open secrets that Gerrard will manage Liverpool one day provided he continues to impress in the dugout. But with Jurgen Klopp still having four years to run on his current contract at Anfield, Gerrard can't wait forever before taking the plunge and chancing his hand in the Premier League.

The Liverpool icon had a huge task ahead of him when he took over at Ibrox, and took just three years to end Celtic's dominance of Scottish football.

In that time, he's established a free-flowing attacking style of play, while still keeping his teams defensively solid. The fact Rangers are yet to lose in the league this season is testament to how strong they've been at the back, something Spurs have been lacking this year.

But more importantly for Kane in particular, Rangers have been ruthless going forward and have scored 81 times in 35 games.

Kane could well end his career as the Premier League's all-time record goalscorer, but desperately wants trophies to go along with his impressive goal tally.

Gerrard would provide a perfect route towards Kane fulfilling both of those ambitions, and his stock in the footballing world has never been higher.

Whether he would move to the Premier League for anyone but Liverpool remains to be seen.

If Tottenham can get him, however, he would be the ideal man to replace Mourinho and take Tottenham to the heights Levy wants them to reach.