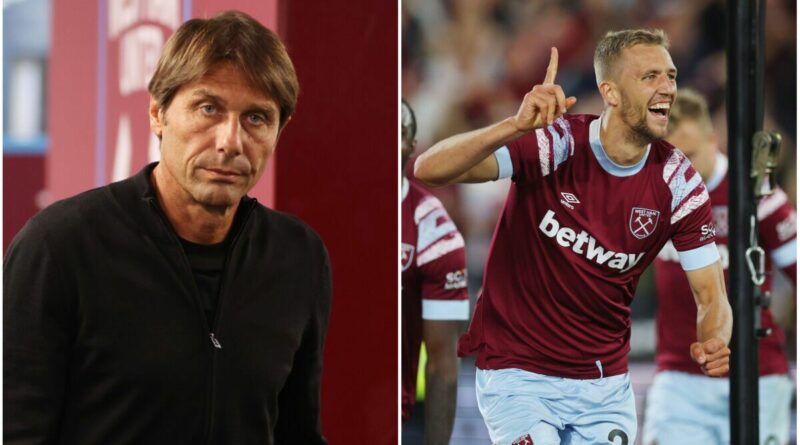 Tottenham were held on Wednesday evening as Antonio Conte’s side made the swift jaunt across London to face West Ham. Thilo Kehrer’s own goal was cancelled out by Tomas Soucek’s finish to leave both sides with point on an evening that gave both managers food for thought. Express Sport takes you through five things we learned from Spurs’ draw with the Hammers, including Conte’s daunting decision on Heung-min Son…

The forward scored a brace on the final day of last season to seal fourth spot and a share of the Golden Boot. This campaign, the South Korean looks off the pace and he is yet to score in five Premier League outings.

Son can consider himself a tad unlucky on this occasion, however, as he was destined to tap in Harry Kane’s low cross before Kehrer desperately poked into his own net. But he finds himself under increasing pressure from Richarlison, who started on the bench but came out firing and made another good impression when brought on with 15 minutes to play. Conte now faces a big call on who plays from the start next time out against Fulham

JUST IN: Chelsea ‘in talks’ for pricey Aubameyang alternative as Neymar negotiations break down 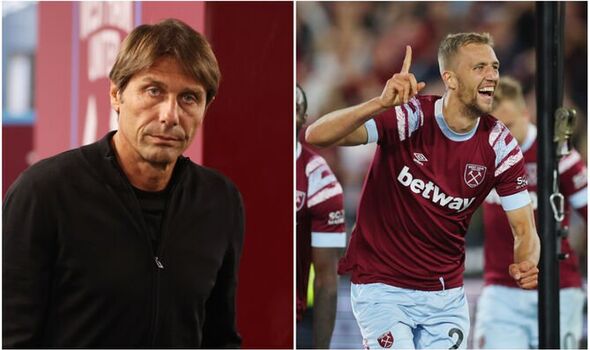 On his first Premier League start, summer signing Yves Bissouma showed Conte he is a player that needs confidence to shine. His first-half display was a timid one after a spell gathering dust on the bench following his switch from Brighton, but as the game gathered momentum, so did his performance.

After the break, the Mali international dropped deep, drove forward, played passes at pace and pulled strings. A needless early yellow card showed that he is still a rough diamond, but there were plenty of positives to take from Bissouma’s trip to the London Stadium.

No escape from VAR confusion

It took VAR almost five minutes to consult over Peter Bankes’ decision to hand Tottenham a penalty in the first half. Not many in the stadium or watching on from home could work out why, given that replays quite clearly showed the ball cannoning off Aaron Cresswell’s head, rather than his hand.

Ultimately, Spurs were left frustrated when Kane was denied the opportunity to step up to the spot. The whole incident highlighted the need for a more streamlined operation that doesn’t take the wind out of an interesting contest. 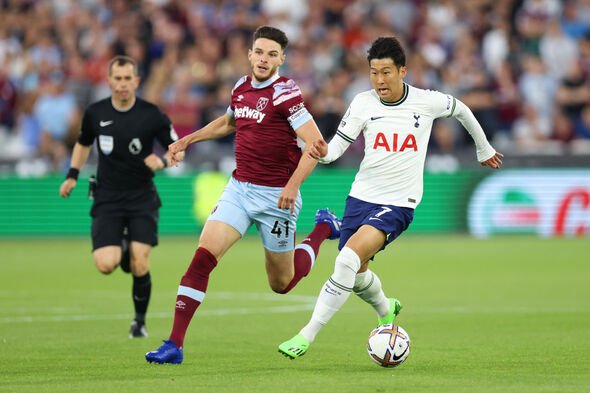 Despite his sterling performances for West Ham over the past few seasons, Michail Antonio’s spot up top is under renewed pressure following the big-money summer arrival of Gianluca Scamacca. The Italian started against Aston Villa at the weekend but had to sit out the Spurs clash due to illness.

And Antonio grasped his opportunity to remind David Moyes of his quality with both hands. Neat footwork and solid hold-up play gave the Hammers a regular out-ball and his swivelled flick-on for Tomas Soucek’s equaliser was one of the game’s highest-quality moments.

There was a deafening roar inside the London Stadium when Lucas Paqueta removed his training top to indicate that he was about to be brought on from the bench. The Hammers made an almighty statement by signing him from Lyon this summer amid links to Liverpool, Arsenal and Newcastle.

The 25-year-old showed a few nice touches after joining the action, which fans of French football will already be accustomed to. Paqueta’s role in the side is likely to become more prominent as the weeks tick by and there’s little doubt that West Ham fans will look to him for moments of magic this campaign. 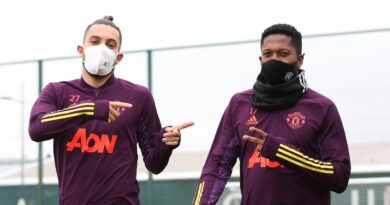