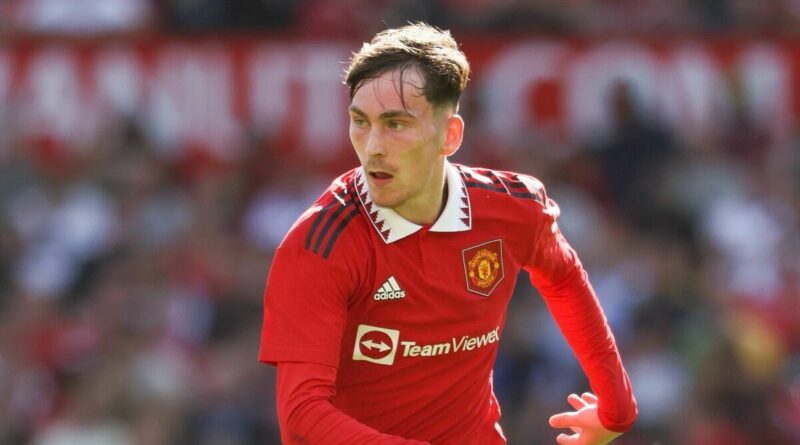 Tottenham Hotspur are eyeing a potential swoop for Manchester United midfielder James Garner after the club’s surprise decision to sell the Academy product this summer. Erik ten Hag has deemed Garner surplus to requirements, and several other Premier League suitors join Spurs in the hunt.

The 21-year-old was destined for a breakthrough season at United after playing a major role in helping Nottingham Forest gain promotion back into the Premier League last season. But he will instead be used to raise funds as the club scrambles to avoid disaster in Ten Hag’s first transfer window.

According to the MEN, United have decided to cash in on Garner and value him between £15million and £20m ahead of the September 1 transfer deadline. The report adds that Tottenham are joined in the frame by Nottingham Forest, who he couldn’t re-join on loan after they recruited Dean Henderson earlier this summer.

The Athletic claim ‘several’ English top-flight clubs are courting Garner’s services, including Everton, Leeds United and Southampton. The England U21 international is unlikely to be short of options when he gets down to deciding on where his future lies away from Old Trafford.

JUST IN: ‘No regrets’ Graeme Souness hits back at ‘men’s game’ criticism 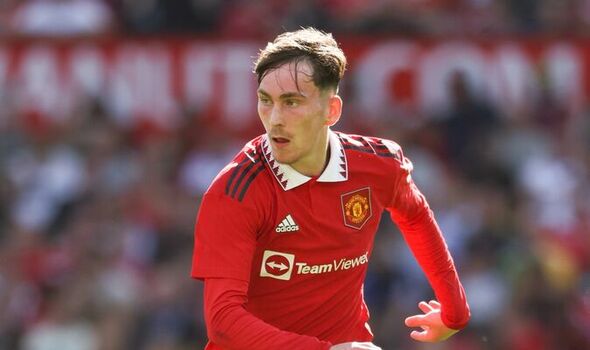 Garner was first integrated into the Red Devils first team by Jose Mourinho, who included him in his 2018 pre-season tour squad. Ole Gunnar Solskjaer was the one to hand him his official debut against Crystal Palace at Selhurst Park in February 2019.

The Birkenhead-born midfielder has made seven appearances in total and was touted to challenge for a starting berth at the dawn of Ten Hag’s rebuild in M16. But he was an unused substitute in both of United’s defeats to start the campaign, with the Dutchman opting for Donny van de Beek from the bench in both. 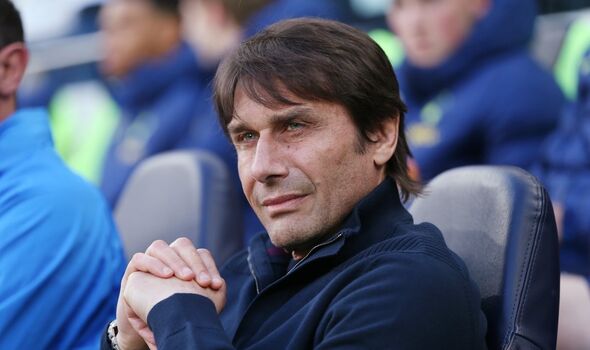 United’s decision to open the door for Garner’s exit has drawn outroar from frustrated supporters reeling with their failure to back Ten Hag with midfield reinforcements so far this summer. But the manager’s willingness to let him leave could suggest he’s confident at least one will arrive in the coming weeks.

United have agreed a £72m deal with Barcelona for Frenkie de Jong but still face hesitance from the player due to up to £17m in deferred wage payments the La Liga giants owe him. Talks also continue over personal terms with Juventus’ Adrien Rabiot ahead of a £15m move. Ten Hag will hope to have at least one over the line this week. 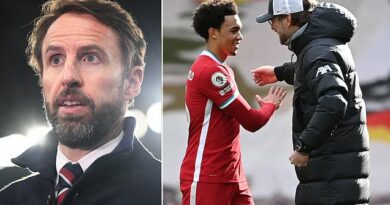 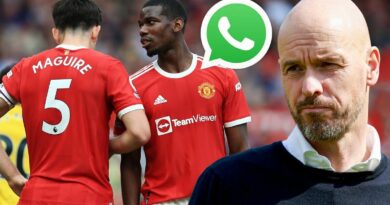