Tottenham supporters have been left fuming with goalkeeper Hugo Lloris for his first-half performance against RB Leipzig. The Frenchman made two mistakes in the first half of their Champions League clash, to give Leipzig a 3-0 aggregate lead over Spurs.

Tottenham conceded an early goal in Germany, after Marcel Sabitzer opened the scored.

He struck a shot from 25 yards out, which crept into the Spurs goal, despite Lloris getting a hand to it.

He managed to score with a powerful headed strike from a difficult angle, and Lloris failed to keep the shot out at his near post. 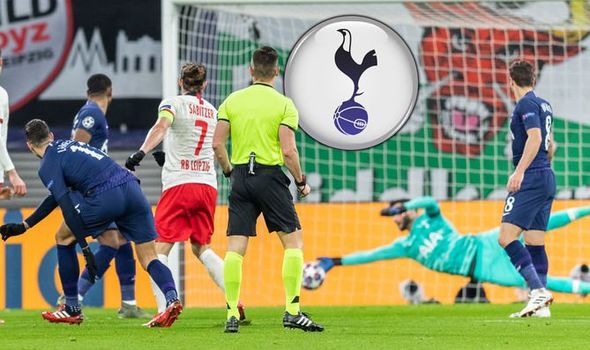 “Buy a new goalkeeper,” said one Twitter user after Spurs went 2-0 down.

“Please can we have a bloody goalkeeper who doesnt make a mistake,” added one Tottenham supporter.

Another fan said: “Lloris has to save that. FFS.”

“Lloris moving like a turtle without legs,” said another fan.

One Spurs supporter claimed: “Hugo’s gotta save that!!!!”

“Should’ve saved it,” said a Twitter user, and another simply wrote” “Hugo ffs.”

One Spurs fan joked: “Does Lloris have hands?”

“Hugo has to save that,” said one Tottenham supporter. 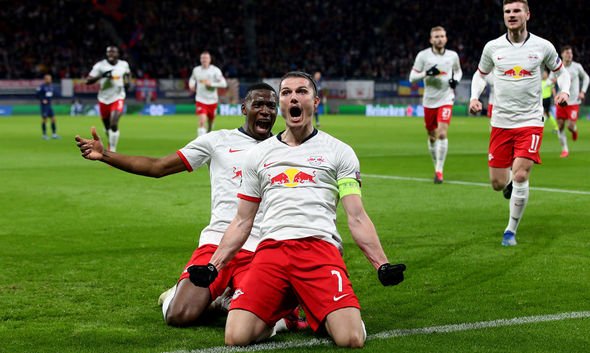 Tottenham went into the tie 1-0 down after the first-leg, which was three weeks ago.

Timo Werner scored the only goal of the game form the penalty spot in north London.

Tottenham have a number of injury problems, which hampered their chances of progressing through to the quarter-finals.

Harry Kane, Son Heung-min and Steven Bergwijn have all been ruled out.

He failed to direct his header away from goal, as the ball was launched forward.

The ball subsequently dropped to left-back Angelino, who played a neat cross into Sabitzer.

Before the match, Rio Ferdinand highlighted how Leipzig could hurt Spurs on the right-hand side, if Aurier isn’t completely switched on. 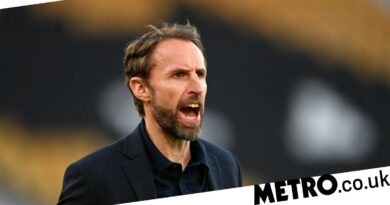