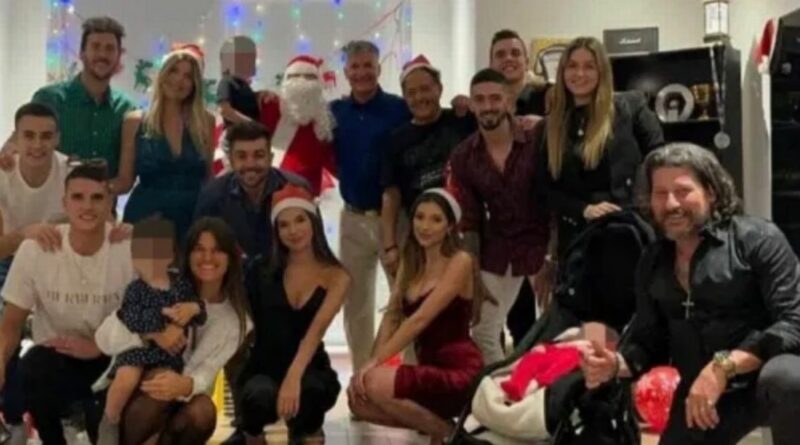 Tottenham have issued fines to three of their players for breaching Covid-19 restrictions by attending a Christmas Day gathering.

Erik Lamela, Giovani Lo Celso and Sergio Reguilon were pictured together at the event, along with West Ham midfielder Manuel Lanzini.

As reports The Athletic, Tottenham chiefs were angered by the disregard shown by the trio, and have subsequently dished out the fines as well as a stern reprimand.

The club had already issued a statement in response to the incident, which read: "We are extremely disappointed and strongly condemn this image… we regularly remind all our players and staff about the latest protocols and their responsibilities to adhere and set an example."

It appears there will be no further punishment for the three players in Spurs' camp, but manager Jose Mourinho was less than impressed with their rule-breaking.

Mourinho even gave Reguilon the "amazing gift" of a Portuguese piglet, as he believed the full-back was going to be on his own at Christmas.

"He was not alone as you could see and we the club of course feel disappointed because we give the players all the education, all the conditions," Mourinho said at a press conference.

"Of course we're not happy. It was a negative surprise for us."

Reguilon is expected to be involved in Tottenham's League Cup semi-final against Brentford on Tuesday, though Lo Celso will miss out due to injury.

Will Tottenham beat Brentford to reach the League Cup final? Have your say below.

Lamela will also not feature in the fixture, but Mourinho would not explain whether his absence was a direct consequence of the breach in Covid protocol.

“It’s not for me to tell you,” he replied when asked why Lamela would miss out. “I just tell you that against Brentford he cannot play.”

All four players – including Lanzini – have issued personal apologies on social media, while the FA have chosen not to punish them further, as the incident occurred in their own time.