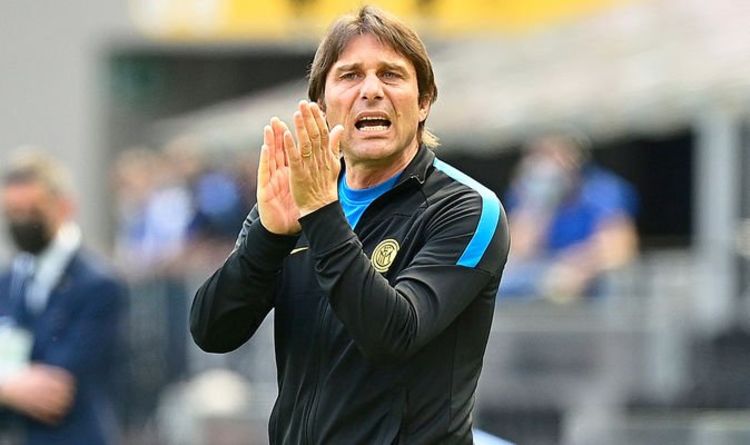 Tottenham players are “enthused and excited” by the impending appointment of Antonio Conte as the club’s next head coach, according to reports. Conte is set to be named the permanent successor to Nuno Espirito Santo. Nuno was sacked on Monday morning after just 10 Premier League matches in charge.

Conte is set to sign an 18-month contract to take over at the Tottenham Hotspur Stadium.

The Italian held discussions over the Spurs job in the summer but could not reach an agreement with the club’s hierarchy.

But it now appears chairman Daniel Levy is going to get his man.

Conte is known to be a prickly character at times and a hard taskmaster on the training field.

But talkSPORT reporter Alex Crook says the Spurs players are looking forward to the 52-year-old coming in.

Crook claims an announcement confirming Conte’s appointment could be made this morning.

He said: “If I was a gambling man I would say late morning, 11 o’clock, something like that. They want Antonio Conte to take training [on Tuesday].

“The Tottenham players were told this morning that there would be a swift resolution, unlike the summer of course when it became a real saga in terms of who would be the Tottenham manager.

“And the vibe I’m getting is that the Tottenham players are genuinely quite enthused and quite excited by this appointment.”

Meanwhile, former Spurs midfielder Jamie Redknapp has had his say on the news that Conte is set to take over in north London.

And he believes his top priority is to get more out of Harry Kane, who has scored just one goal in the Premier League so far this season.

Asked what the next manager’s ‘top priority’ must be, Redknapp said on Sky Sports News: “Get Harry Kane going. That’s the big thing.

“If I was the manager of that club right now and you took over the job, how do I get Harry Kane going? You need to have a conversation with him – ‘How do you feel about being at this club? Do you want to be here? Are you part of my plans?’.

“If he says no, I’d try to sell him in January. If he doesn’t want to be there, I think you’ve got to look at the situation where you’re going to give it all and make sure you get back to the level.

“I’m his biggest fan, Harry, but he’s not playing to the level that he wants at the moment.

“He doesn’t look as if he’s enjoying his football and that would be your first objective, can I get Harry Kane playing well alongside Son [Heung-min]?

“Get a system that works for the players and make sure you get that level back.” 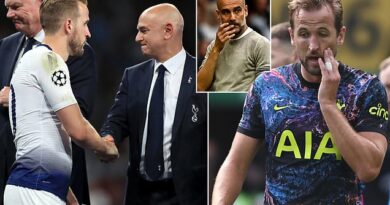 SPECIAL REPORT: Kane entered a game of poker, but Levy was not there