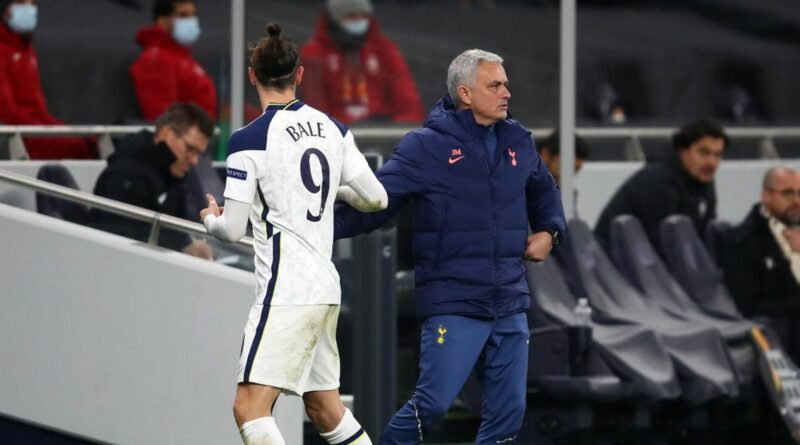 A number of players in the Tottenham squad are believed to be surprised that Gareth Bale has not featured more so far this season.

The 31-year-old Welsh forward made an emotional return to his former club in the summer as he joined on a year-long loan from Real Madrid.

But as of yet he has not shown anywhere near the levels he displayed in his six years in North London between 2007-13, scoring just three times in all competitions.

Bale has made only four appearances in the Premier League, starting once.

And he was left as an unused substitute again during his side's 1-1 draw with Fulham on Wednesday.

According to ESPN Bale has been impressing in training, and for that reason a number of senior figures in the team cannot understand why manager Jose Mourinho has not made more use of him.

Bale himself is believed to be happy at Spurs, but will surely expect to be give more opportunities in the second half of the season.

Reports suggest that currently there are no plans in place for the club to extend Bale's stay beyond this season.

And that only looks likely to change if his performances significantly improve in the near future.

It will be intriguing to see if he has a part to play in Spurs' game against Sheffield United this weekend, with Mourinho's side looking to get back to winning ways following the disappointment against Fulham.

Spurs currently sit in sixth place in the table, and are still only six points behind league leaders Manchester United.

But they have dropped points from winning positions against the likes of Crystal Palace and Wolves as well as Fulham recently, and are attracting criticism from some quarters for their playing style.