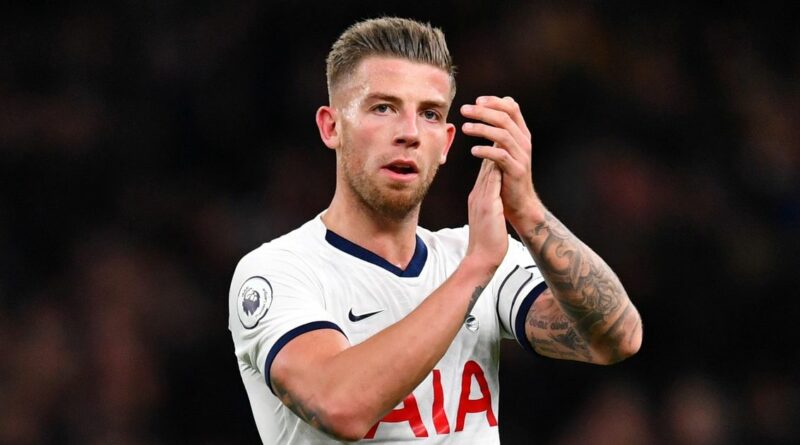 Tottenham are set for a huge overhaul of their squad with reports suggesting they’ve put up to six players up for sale this summer.

Spurs have already had a long summer in their managerial search, which concluded with former Wolves boss Nuno Espirito Santo arriving at the Tottenham Hotspur Stadium having previously attempted to move for the likes of Antonio Conte, Mauricio Pochettino and Paulo Fonseca.

Now, however, there could be seismic changes in the playing squad as The Athletic report that Serge Aurier, Davinson Sanchez, Moussa Sissoko Lucas Moura, Erik Lamela and Toby Alderweireld are all up for sale this summer.

The report suggests that Aurier and Sanchez have been put up for sale due to their inability to adapt to the Premier League having arrived from Paris Saint-Germain and Ajax respectively in the 2017/18 season, while Alderweireld has reportedly asked to leave the club.

Spurs are looking to improve the right-back and centre-half positions and are reportedly close to a deal for Bologna’s Japanese defender, Takehiro Tomiyasu, who could join for £15m.

Other centre-half targets have included Sevilla’s Jules Kounde, who rejected a move to Spurs, according to Spanish media, as well as Inter’s Milan Skriniar and Southampton’s Jan Vestegaard.

The summer was set to be dominated by Harry Kane’s transfer saga as he apparently told Spurs of his desire to leave immediately after the season.

There was an expectation that champions Manchester City would make a bid for the star forward, but with a price tag of £150m, that looks unlikely.

Do you think Spurs are making the right choice in selling these players? Let us know in the comments below.

Nuno also wants to bring in another forward as he hopes to give Kane a partner up top, with Southampton’s Danny Ings recently linked with a move to North London.

Tottenham will look to make a return to Champions League football having finished seventh last season and qualified for the new Europa Conference League.

Spurs open their Premier League campaign at home to Manchester City on 15 August.