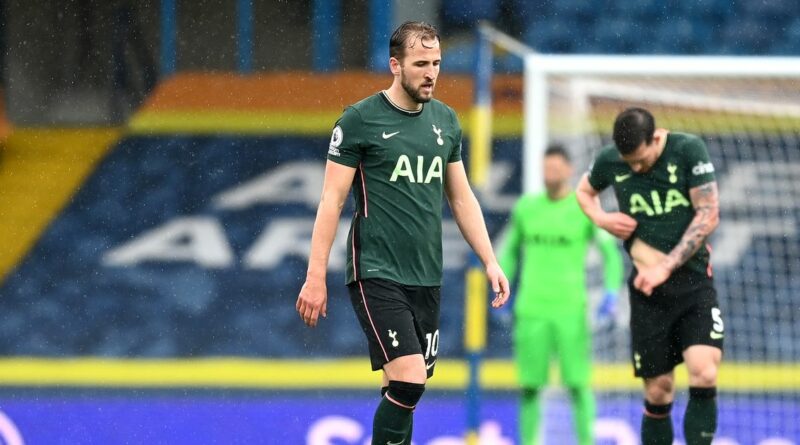 Tottenham have been warned they face a struggle to battle for the top four this season if Harry Kane completes a move to Manchester City.

Kane has told Spurs that he wants to leave the Premier League club in this summer’s transfer window after enduring another trophyless campaign.

Chairman Daniel Levy reportedly rejected a £100million for his star striker and club captain earlier in the window, but with Euro 2020 now over, City could step up their chase.

The appointment of Nuno Espirito Santo is unlikely to convince Kane that Spurs can mount a challenge for silverware in the coming season.

They are still yet to make a signing, despite being more than a month into the transfer window and a squad overhaul widely considered to be required.

Due to that lack of activity in the market, former Spurs midfielder Jamie O’Hara believes it will not be a successful season for his old club if Kane leaves and an overhaul is not undertaken.

“Top six. I think a lot of Spurs fans will agree with me, unless there’s a big overhaul,” he told talkSPORT when asked where Tottenham will finish next season.

“I like Nuno as a manager. What I’m worried about is that the squad is just going to be the same. I can’t see there being a revamp.

Where will Tottenham finish in the Premier League next season? Comment below.

“There’s this whole thing about Harry Kane, will he stay or will he go but my biggest concern is the players we’re still going to be left with.”

While he believes an overhaul is needed, O’Hara is not optimistic that it can take place unless Kane is sold soon.

“I’ve talked about this massive rebuild but I just can’t see it happening,” he added.

“Pre-season has already started, Spurs aren’t going to be spending a lot of money, the Harry Kane situation will rumble on so that money’s not going to be available for a while.

“I think Nuno will get decent results with this team but they won’t do anything special.

“The rest of the team needs revamping. We need new midfielders, new wingers, we need a new back four and could probably do with a new goalkeeper because Hugo Lloris is getting older.”

Shearer explains why Man Utd star Greenwood reminds him of himself