In an unbelievable match Spurs somehow booked a semi-final place against Ajax.

The score ended 4-3 to City on the night but 4-4 on aggregate meaning Mauricio Pochettino’s side went through on away goals.

The key goal was scored by Fernando Llorente as the ball went in off his hip.

And Kane was delighted with the result and posted a video on social media.

The match couldn’t have started any faster with five goals in 21 minutes.

City went 1-0 up through Raheem Sterling in the fourth minute but were soon 2-1 down thanks to a brace from the ever impressive Heung-min Son.

The Premier League champions then turned the game on its head again as Bernardo Silva and Sterling scored again. 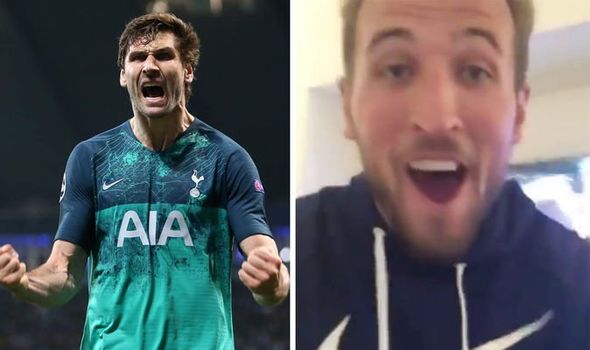 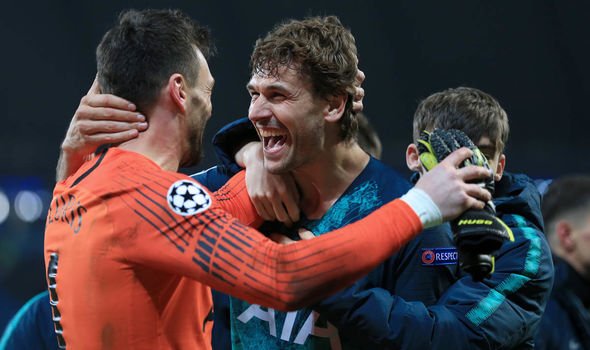 At half-time things were evenly poised.

But Sergio Aguero – who else – put City in command as he rifled past Hugo Lloris in the 59th minute.

That put the home side ahead on aggregate for the first time but it was Llorente who netted the crucial goal.

It wasn’t without controversy as it was checked by VAR for a potential handball. 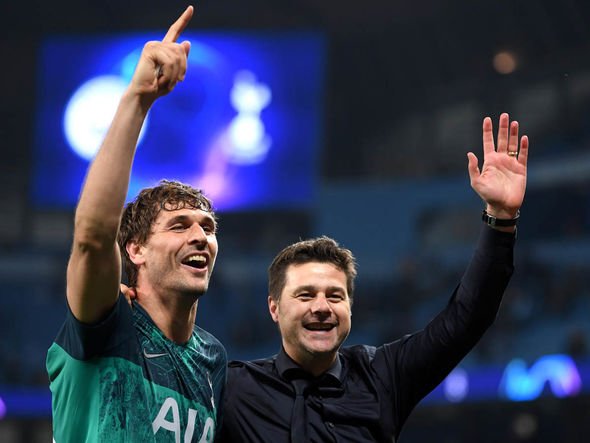 And even the replays didn’t show conclusively whether it was or not.

But the referee stuck with his decision and awarded the goal to Tottenham.

Spurs will now play Ajax in the semi-finals of the Champions League.

And if they get through that either Liverpool or Barcelona will await in the final.