Tottenham star Harry Kane said goodbyes to players and staff at the end of last season, it has been claimed. Manchester City are keen to sign the England international this summer as they look to win the Premier League title next time out. But any move to the Etihad Stadium is far from straightforward.

Kane was due to return for Tottenham training on Monday.

However, the England international was absent – and was again missing the following day.

Kane is expected to head back to training at some point this week but it’s clear the England international wants out, having grown fed up with life in north London.

The 27-year-old feels he has a gentleman’s agreement with Daniel Levy over a departure, yet the Tottenham supremo currently has no plans to sell.

And Eurosport’s Dean Jones, speaking on The Football Terrace podcast, has claimed Kane bid farewell to team-mates and staff members at the end of last season.

“Harry Kane said his goodbyes at the end of last season,” Jones said.

“Players and staff are Tottenham were left in little doubt that he was not expected to return to the club this season.

“Since then, things haven’t really opened up for Harry Kane as he’d have hoped or expected them to.

“There was the Gary Neville interview, The Sun story, this training ground strike.

“These three things have done very little to convince Daniel Levy into selling Harry Kane. In fact, it’s the opposite.

“So from Harry Kane being in that position, thinking final day of last season that’s his last game for Tottenham, it hasn’t opened up like he’d have thought.

“Tottenham players now know his head is elsewhere, from what I’m told nobody was really expecting him to turn up on Monday.”

But Manchester City boss Pep Guardiola previously hit out at the club’s demands, insisting it would be difficult to sign a new marksman given the figures involved.

“At the prices (quoted) we are not going to buy any strikers,” Guardiola told Catalan network TV3.

“It is impossible, we cannot afford it.

“All clubs are struggling financially, we are not an exception. We have Gabriel (Jesus) and Ferran (Torres) who have been incredible in this position.

“We have young players in the academy and we play many times with a false nine. There is more of a chance we aren’t going to buy a striker for next season.”

Sky Sports pundit Gary Neville thinks Kane is now on a collision course with Tottenham, hitting out at the striker’s decision to skip training.

“If Harry Kane was meant to report to pre-season training with Tottenham on Monday, then he should’ve come back,” he said.

“You can never advocate any player not turning up for training – it’s as simple as that.

“You’ve got to turn up and you’ve got to do your job. However, I’ve worked with Harry and I can’t think of a more professional footballer that I’ve ever seen.

“He does everything right, so he must be seriously annoyed. Something has happened badly that has made him do that.

“It still doesn’t excuse it for me. He should still have come into training, and you respect your team-mates. You still have to go and stand with them and sit in the dressing-room, but it’s clear now that there’s a collision course.

“They were on collision course already at the end of last season when Harry clearly felt something was happening and he’s taken Daniel Levy on.

“Not many do it, and not many come out the other side, but it’ll be interesting to see which clubs are involved.

“It looks like Manchester City, and they’ve clearly made a bid that’s not enough for Spurs. Harry thinks it is enough while Daniel doesn’t think it is.

“Hopefully they can come to a compromise but whether they do remains to be seen.” 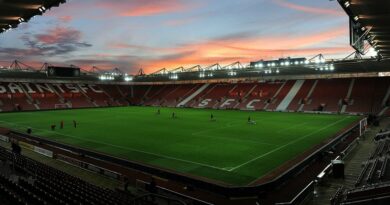 Wigan administrators were paid up to £500 an hour during appeal