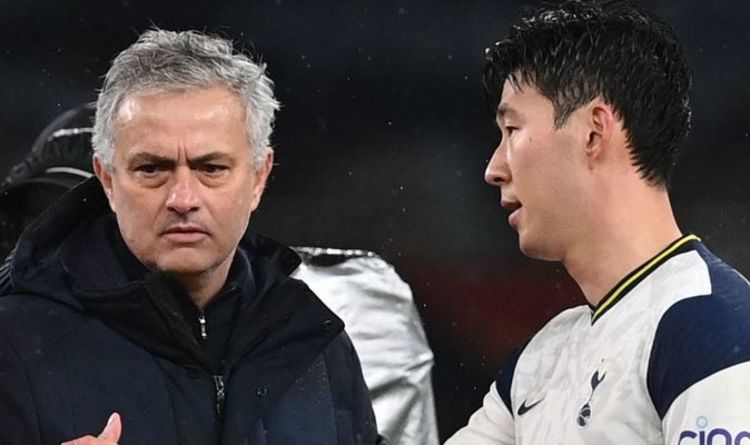 Heung-min Son is still convinced that Jose Mourinho is one of the best managers in the world, despite his failure to deliver silverware at Tottenham. The former Spurs boss was relieved of his duties just over two weeks ago by Daniel Levy as Ryan Mason landed the interim role until the end of the season.

Upon replacing Mauricio Pochettino, Mourinho had vowed to win trophies in north London, where he intended to install a winning mentality.

But his Spurs tenure struggled to get off the ground despite several periods of promise before Levy decided to pull the trigger.

His decision was allegedly celebrated by a small collection of Tottenham players but for some, the Portuguese’s dismissal was a bitter pill to swallow.

Son was one of a handful of Tottenham players to pay tribute to Mourinho on social media after his sacking was confirmed. 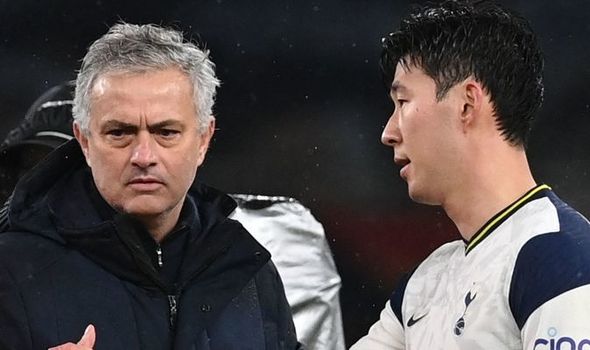 “Now the forward has relayed his regret at how things panned out for his former boss, who he was seemingly close with,” Son told TV3 Sport. “It is always said if someone loses their job.

“I also don’t want to talk about it too much, I was working with him for 18 months.

“It’s been up and down it’s been good, sometimes we’ve been not so good.

“For me for my memory, he will still be one of the best managers in the world.

“It’s just so sad that he went without the success, it was really sad because he’s the guy that wins everything.

“This is the only team that he didn’t have success with so I feel really, really sorry about this kind of thing.

“But he will still be in my memories but he is one of the best managers in the world.”

After one of his last games in charge of Tottenham, Mourinho launched a passionate defence of Son following criticism from Manchester United boss Ole Gunnar Solskjaer after the 3-1 defeat to the Red Devils. 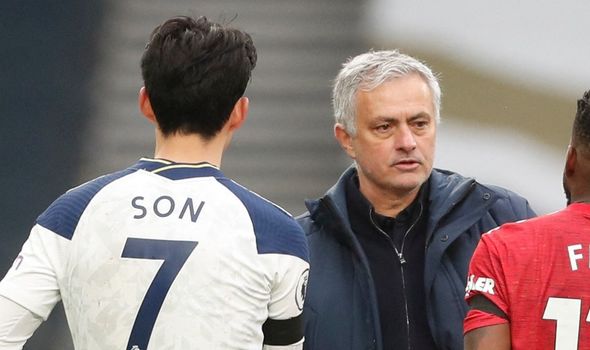 The Norwegian had accused Son of being theatric after Edinson Cavani’s opener was ruled out for a foul by Scott McTominay on the Spurs man.

Solskjaer claimed the officials had been conned by Son before adding: “If that was my son and he stays down and he needs his mates to help him up, he doesn’t get food because that’s embarrassing. The game’s absolutely gone.”

Mourinho was left furious by his opposite number’s comments and jumped to the defence of his player during his post-match press conference.

Son and Mourinho maintained a close relationship throughout his stint at the club right until the very end, despite inconsistent results on the field.

Match of the Day running order: When Liverpool, Man City, Chelsea, Tottenham will be shown