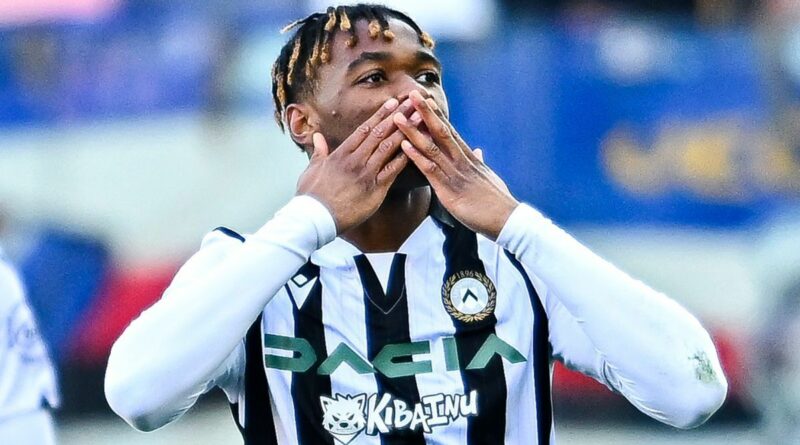 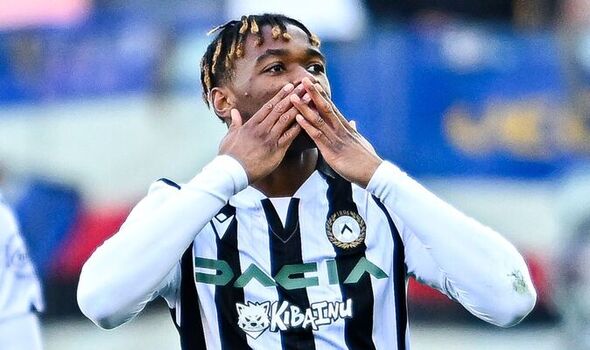 Reports in Italy claim Tottenham have struck a £20million verbal agreement to sign Udinese left-back Destiny Udogie as Antonio Conte’s excessive summer spending continues. The highly-rated 19-year-old could now be set to become Spurs’ seventh new arrival ahead of the 2022/23 campaign before potentially heading back to Serie A.

The teenager has also attracted interest from Brighton, who regard him as a potential replacement for Chelsea-bound Marc Cucurella.

However, it now looks like Tottenham have swooped in as Calciomercato in Italy are reporting details of a £20m verbal agreement between Spurs and Udinese.

Contacts between Udogie’s reps and Fabio Paratici are said to have been happening behind the scenes for over a month.

Now an agreement has been reached with Udinese owners – the Pozzo family – set for another sizeable payday. 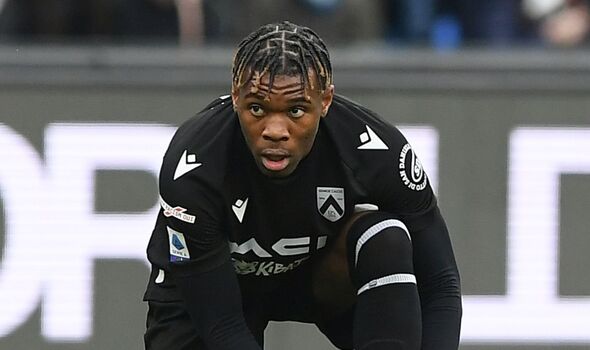 As part of the agreement, Udogie is expected to remain with Udinese on loan for the upcoming season before joining up with his new team-mates in north London.

Inter Milan, Lazio, Roma and even Manchester City were also in contention to sign the Italian U21 international, according to reports.

Speaking last year, Udogie had previously outlined his desire to play in the Premier League, stating: “I would like to head out [of Italy], maybe England.”

The tricky wide player is versatile and can also play at wing-back or even further forward up the field.

It’s been a manic summer so far to date for Conte, who is looking to drive his side closer towards a Premier League title challenge.

Fraser Forster, Ivan Perisic, Yves Bissouma, Richarlison, Clement Lenglet (loan) and Djed Spence have all arrived through the door and more signings could yet follow.

A playmaker is still of interest to Tottenham as they want to give Conte the flexibility to switch from a 3-4-3 system to a 3-5-2 with an attacking midfielder.

Christian Eriksen and Jesse Lingard were among the names considered but Spurs failed to follow up their interest in either player.

Nicolo Zaniolo of Roma is believed to be on Paratici’s shopping list although a deal could prove complicated.

Roma are of course managed by ex-Tottenham boss Jose Mourinho and he will want to avoid selling his star player to his former employers at all costs.

Tottenham are also expected to generate further cash through player sales with a number of stars expected to leave the club.

Sergio Reguilon, Tanguy Ndombele, Giovani Lo Celso and Harry Winks have all been told they are free to find new clubs. 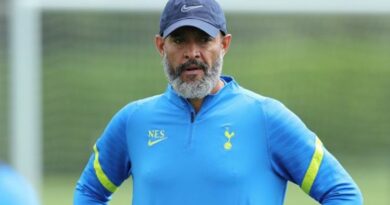 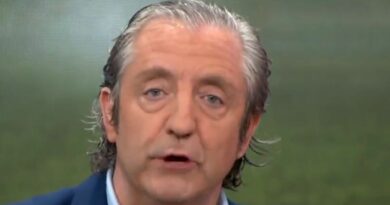