Dele Alli needs to leave Tottenham and a loan spell could be the best for both parties, according to Spurs icon Clive Allen. Alli was seen as the future of Tottenham when they beat the likes of Manchester United and Liverpool to his signature.

He set the Premier League alight with his talents early on under Mauricio Pochettino, establishing himself as a regular in the England set up.

But his career has been on a downward spiral ever since Jose Mourinho took charge little over a year ago.

Alli has been cast aside this season, not even making the matchday squad on regular occasions.

He was given a rare start against Royal Antwerp on Thursday night, but a poor performance led to him being hauled off at half-time.

JUST IN: Jose Mourinho has Messi, Ronaldo warning over Bale for Tottenham fans 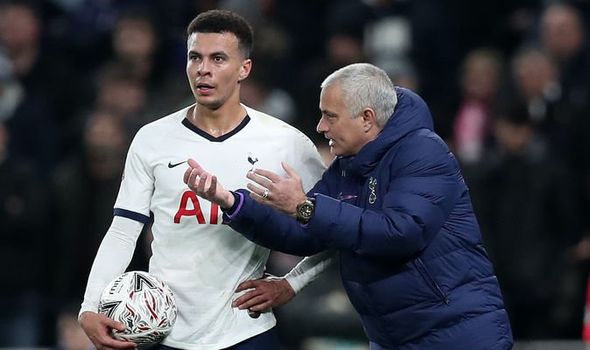 There was already speculation in the summer transfer window that Alli could possibly leave the club on loan with Paris Saint-Germain strongly linked.

And Allen believes the midfielder needs to make the jump in January to try and resurrect his career.

“If Spurs are clever they might well loan him to a team where he could start to find form, which he needs, because he’s desperately short of confidence,” Allen told talkSPORT.

“He was very sloppy last night.

“I think he probably has to move away from Spurs for a while to try and rediscover the doubted talent he has.

“He’s an incredible player, he has been for Spurs, but I think now you’re looking at a move for him.

“You can’t keep being substituted at half-time in that manner and not expect something to happen.”

Arsenal legend Ray Parlour has been left surprised at seeing Alli’s performance levels dip over the past year. 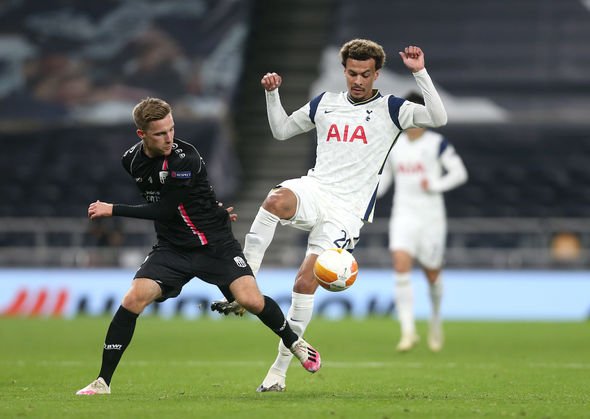 “Last night was a real opportunity for Dele to say, ‘right I’m going go out there, I’m going to perform, I’m going to get on the score sheet, I’m going to make sure Tottenham are ticking, get the result and then you’ve got to pick me at the weekend’,” Parlour said.

“But he didn’t do it, he’s failed again.

“The media have been asking Jose Mourinho why he isn’t picking him… that’s why. He’s not performing, it’s very simple.

“I don’t know where he goes from here.”