Spurs could join the race for Philippe Coutinho with the Brazilian being offered to Premier League clubs.

Chelsea have expressed an interest in the Barcelona star who is surplus to requirements at the Spanish club and at Bayern Munich with the Germans unwilling to make his loan permanent.

Coutinho quit Liverpool for what he believed would be a dream £145million move in January 2018 – only to find himself frozen out as Liverpool regrouped to win the Champions League.

The restructured Reds have rejected the chance to re-sign him but Spurs could be interested in a loan deal for the Brazilian.

Barcelona are already believed to have been in talks with Chelsea over a potential loan switch.

The sticking point in the deal is Barcelona are keen for any loan to include an obligation for the loaning club to buy Coutinho at the end of it.

Chelsea are unsure about committing to such a purchase given Coutinho's inconsistent form, though boss Frank Lampard is confident he can get the best out of him.

The Blues would prefer an option to buy the midfielder, even if that means they pay a higher fee next summer should they decide to make the deal permanent.

That could give Spurs an advantage if they are prepared to include such a clause in a loan deal.

Spurs were keen on signing Coutinho last summer but had to break off negotiations.

The issue for Tottenham could be their finances given the currently difficult economic situation amid the coronavirus pandemic.

Non-playing staff have already been placed on furlough in a bid to cut costs. 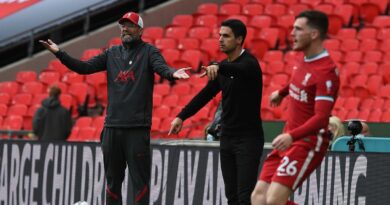 Has Jack Grealish scuppered his dream move to Manchester United?