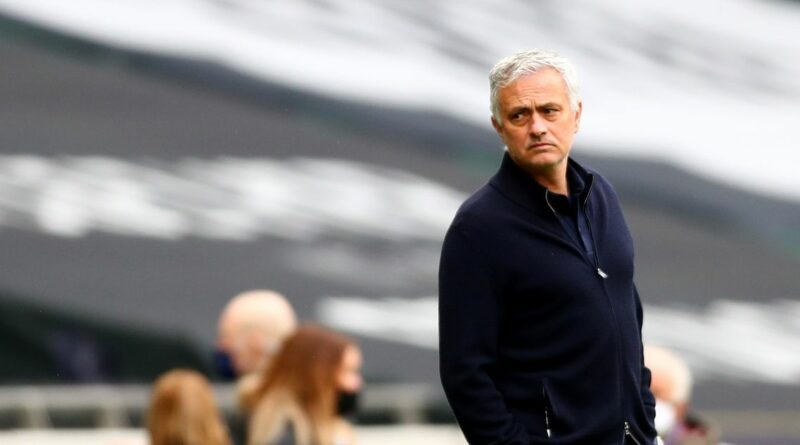 Jose Mourinho was announced as the new Roma boss in a shock move that could save Tottenham millions.

Mourinho loves surprises and sprung one just as big as any unexpected tactical tweak he’s come up with over the years to sign for the Serie A side.

Sacked by Spurs on April 19, Mourinho signed a three-year deal with Roma on Tuesday to run until June 2024 and will take over from next season.

That will save the north London club a significant amount of money as Spurs were still paying his £8m-a-year salary on a contract which had two years left to run.

But it comes just days after Mourinho himself claimed he was in no rush to return to football.

Asked when he fancied a return to the dug-out, Mourinho said then: “I’ll wait. Maybe next season is premature.”

But the 58-year-old, who has signed up for a series of media roles at the Euros this summer, has now changed his tune.

Mourinho said: “The incredible passion of the Roma fans convinced me to accept the job and I cannot wait to start next season.

“After meetings with the ownership, I immediately understood the full extent of their ambitions. It is the same ambition and drive that has always motivated me.”

Mourinho has won 25 major trophies as a manager but Spurs sacked him before he could try and make it 26 by winning the Carabao Cup final.

In going to Italy, the former Porto, Chelsea, Inter Milan and Real Madrid boss will have the chance to lock horns again with Antonio Conte.

The pair fought many a bitter battle when Mourinho was Manchester United boss and Conte was in charge of Chelsea.

And one of his first targets in Italy will be to dethrone Conte, who has just led Inter to their first title since Mourinho won it in 2010.

In announcing the news, Roma general manager Tiago Pinto called Mourinho “one of the greatest managers of all time.”

Pinto said: “We were blown away by José’s desire to win and his passion for the game.

“No matter how many trophies he has won, his primary focus is always on the next one.

“He possesses the knowledge, experience and leadership to compete at all levels.

“We know that in order to build a successful sporting project it takes time, patience and the right people in the right positions.

“We are supremely confident that José will be the perfect coach for our project, for both our immediate and long-term future.” 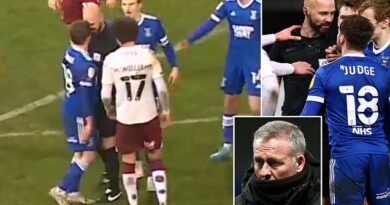 Referee Darren Drysdale called in by bosses after Ipswich scuffle