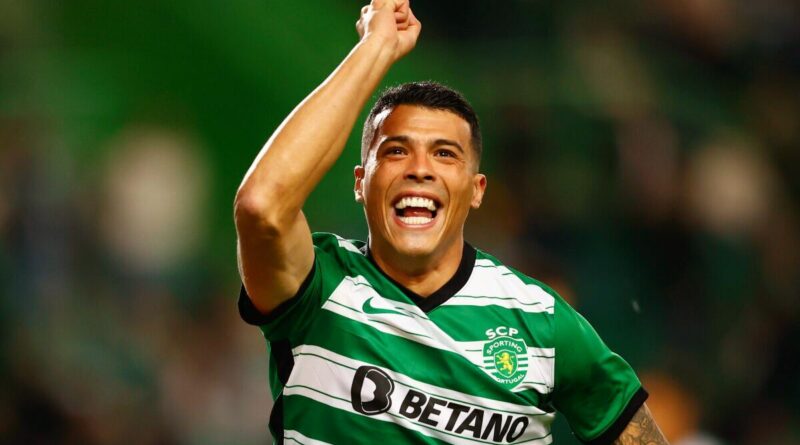 Tottenham have been told they’ll need to match Pedro Porro’s £39million release clause if they want to buy him from Sporting Lisbon. Head coach Ruben Amorim has insisted that the former Manchester City wing-back will not depart the Portuguese club unless the clause is triggered.

Spurs could target a new right-back in the January transfer window, having struggled for consistency in the position. Emmerson Royal has underwhelmed since a £30m move from Barcelona over a year ago, while Matt Doherty has failed to find form.

Summer buy Djed Spence has played just 12 minutes of Premier League football since arriving from Middlesbrough. Boss Antonio Conte could send the England U21 star out on loan if a new player is signed.

But top target Porro could come at a premium price in January, with it believed that he has a £39m release clause. Sporting manager Amorim has been given assurances that the Spaniard is ‘safe’ at the club.

“With regard to Pedro Porro, we know that there are players in our team who, because of what they have done, are now wanted by other clubs,” Amorim told journalists.

“He is playing really well. Like me, he is living one of the best moments of his career and he is only focused on Sporting. We are prepared for anything and we know that there are clubs who can pay the clause. But, until that happens, I think Pedro is safe.”

Porro joined Sporting from City in the summer, having previously spent time on loan with the Portuguese giants and La Liga outfit Valladolid. He failed to make an appearance for the reigning Premier League champions during the three years he was registered with Pep Guardiola’s side.

Transfer expert Fabrizio Romano reports that Porro’s release clause is £39m (€45m). Man City have a buy-back clause that could see them re-sign the 23-year-old for a cut-price £22m (€25m).

Spurs boss Conte revealed that he might not need to sign a defender in January despite his side conceding plenty of goals. The north Londoners came from 2-0 to draw with Brentford on Boxing Day.

“No, about the defenders, I think now we have recovered Japhet Tanganga,” he said. “It was his first game this season. He struggled a lot with his knee. You know now that he needs a bit of time to grow into the game, but I’m pleased for him to play a game today.

“Then at central defender I think we are good. We have to continue to work. [Cristian] Romero comes back tomorrow in the training session. I repeat, on one side I am a bit disappointed this season because we have conceded many goals. On the other side, I think that we are scoring many goals, creating chances and attacking with many players.”

Silva hits back at Klopp’s claim over Merseyside derby