Harry Kane remains a Tottenham player for the time being, but Manchester City’s attempts to sign the England star are set to intensify in the coming weeks. Although Spurs do not want to sell their most prized asset, director of football Fabio Paratici is sure to have thought about how they could reinvest Kane’s transfer fee.

Man City have already had a £100million bid turned down by Spurs but are reportedly set to return with an improved offer as they target a Sergio Aguero replacement.

City are keen to secure a player-plus-cash deal for the 28-year-old striker, with the likes of Aymeric Laporte, Riyad Mahrez, Bernardo Silva and Gabriel Jesus available to Spurs.

Chairman Daniel Levy remains determined not to sell Kane, especially to a Premier League rival, but that stance may change if the England striker pushes for an exit or City improve their bid dramatically.

So, if they did land a huge transfer fee for Kane, how could Spurs invest it? Express Sport takes a look at four options.

Spurs have been trying for the past few weeks to wrap up a deal for Atalanta defender Romero, who has emerged as one of the best young defenders in the world recently.

Paratici wants to sign Romero on a five-year contract to bolster Spurs’ defence following the departure of Toby Alderweireld.

The 23-year-old would be a brilliant coup for Tottenham, but he won’t come cheap: TyC Sports and talkSPORT claim Spurs have now had a bid accepted by Atalanta worth an initial £43m.

But nothing is set in stone, yet, as Atalanta manager Gian Piero Gasperini emphasised on the weekend.

“Romero will be with us on Monday and I think player’s decision will be important to understand his future,” he said. “Then we’ve [got] to see how negotiations between clubs will develop.”

Ings has entered the final year of his contract and recently rejected the offer of a new deal with Southampton which would have made him the highest paid player in the club’s history.

The Telegraph reported recently that Spurs’ interest in Ings has cooled, but they could return to the striker.

Only Kane, Mohamed Salah (both 41) and Jamie Vardy (38) have scored more Premier League goals than Ings (34) in the past two seasons and at 29 he still has plenty of years left in the tank.

Ings’ injury record is a worry but he is a proven goalscorer and would be available for a reasonable fee from a club who have provided success stories Gareth Bale, Victor Wanyama and Pierre-Emile Hojbjerg in the past.

One of the stars of Euro 2020, Damsgaard could be on his way out of Sampdoria this summer.

Damsgaard is just 21 years old but already is showing huge potential with plenty of creativity and an eye for goal – shown by his two long-range strikes at Euro 2020, including a stunning free-kick against England.

Spurs could steal a march on their rivals by being the first club to show interest in Damsgaard.

If Kane were to leave, his goals would have to be replaced. That is not an easy task, but Vlahovic wouldn’t be a bad place to start.

The 21-year-old striker picked up 21 goals and three assists in 37 Serie A appearances for Fiorentina last season and reportedly has a £40m price tag.

Paratici is a big fan, while Liverpool have also been linked with a move for the Serbia international.

Vlahovic is 6ft 2in, good in the air and a strong finisher. Kane’s all-round game would be near-impossible to replace, but reports that Nuno Espirito Santo wants to play with two up front next season would help the youngster bed in.

Son Heung-min recently signed a new contract and his pace would make him a good partner for Vlahovic. 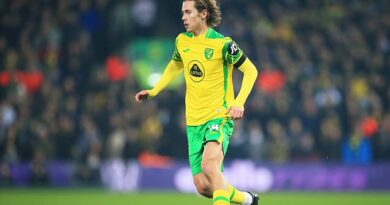 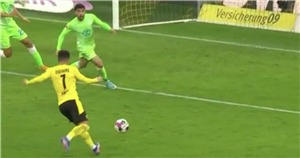