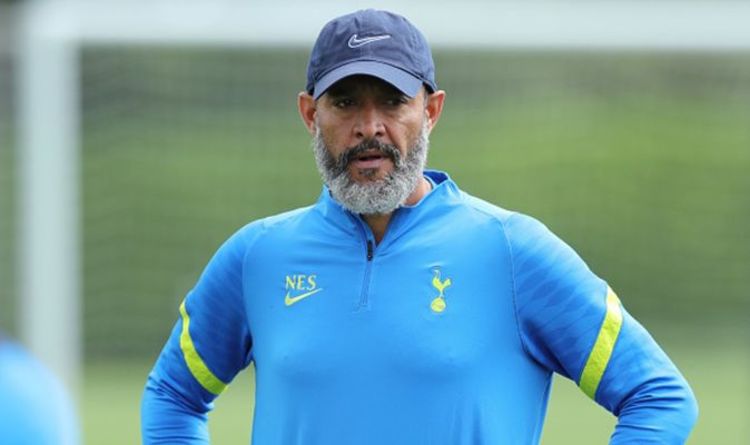 Tottenham manager Nuno Espirito Santo is looking to shake things up this summer as he looks to make his mark on the Spurs squad. One of the areas that could have the most work done to it is the defence, with several faces set to depart, while new arrivals are on the horizon.

Tottenham are reportedly closing in on a move for Takehiro Tomiyasu from Bologna.

New Spurs boss Nuno Espirito Santo is keen to sure up the club’s leaky defence which conceded 45 goals last season.

And he has begun to set about fixing that issue, with Tomiyasu on the brink of a move to north London, according to The Athletic.

It’s thought the 22-year-old will cost around £15million to bring in from the Serie A, a lower fee than the majority of targets that have also been on Tottenham’s radar.

Nuno knows that he has a job on his hands to rebuild the Tottenham defence, with Jan Vertonghen not yet replaced.

Reliable servant Toby Alderweireld is also not getting any younger at 32, and will need replacing in the long-term.

Tomiyasu also has the added bonus of being able to play at right-back, though he is a more defensive operator than the likes of Serge Aurier and especially Matt Doherty.

Manchester United were linked with a move for Tomiyasu, but they have instead been focussing on the capture of Raphael Varane.

Tomiyasu is in Japan’s squad for the Olympic Games later this month, so that would no doubt delay proceedings somewhat.

But getting his signature would mark the first signing in the Fabio Paratici era, and lift Spurs fans’ hopes of an improved season.

Tomiyasu may not be the only centre-back Nuno looks to bring in either, with the likes of Jules Kounde, Milan Skriniar and Jannik Vestergaard also on Tottenham’s radar.

Davinson Sanchez could well be on the move this summer, with the Colombian in line to be used as a makeweight for a deal to bring in Kounde from Sevilla.

According to Gianluca Di Marzio, Tottenham have reached an agreement for Kounde’s services which includes a €30million (£25.5m) fee and Sanchez going the other way in return.